We’re very pleased to report that Glastonbury was named Festival of the Year at last night’s Music Week Awards in London (we won in the same category in 2017). Emily Eavis was at the ceremony in London to collect the award, and celebrated with a post to her Instagram, as below!

Thanks to @musicweekinsta for our award last night! It’s all about our incredible team. 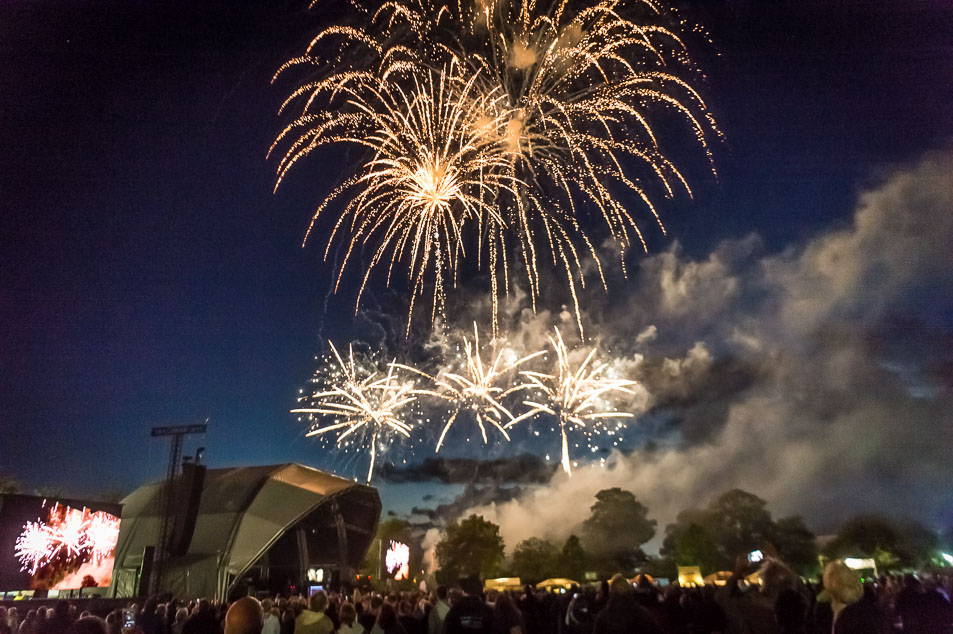 UPDATE: Tickets have now Sold Out!

Says Michael Eavis: “What makes the Extravaganza so special is the all-round experience – where else would you have a backdrop as stunning or as historic as the ruins of Glastonbury Abbey? It really is a wonderful event for all those who come as well as being fabulous for the town, residents and local businesses. With the weather currently so cold – isn’t it good to be looking forward to the summer and a brilliant performer who will give one of the finest shows we could wish for?”

Paloma also sent a message – she says: “Glastonbury has a special place in my heart, I was blown away by the crowd and the atmosphere when I performed on the Pyramid Stage at the Festival. I’m really looking forward to seeing the town again and being at the Abbey. The Extravaganza will be an extraordinary experience, particularly given it’s in such a historic setting. I am sure it will be a night to remember!”

Ticket prices have been held for the sixth year running, with the popular Extravaganza gift vouchers on sale now (actual tickets go on sale on March 6th). Advance prices are adults £35 and £20 for a child aged six to 16. Any remaining tickets will be available on the gate, priced at £40 adult and £25 for a child. Accompanied children aged five and under do not require a ticket. Booking and postage fees apply. Terms and conditions apply. Camping options are also available. Click here for more info. 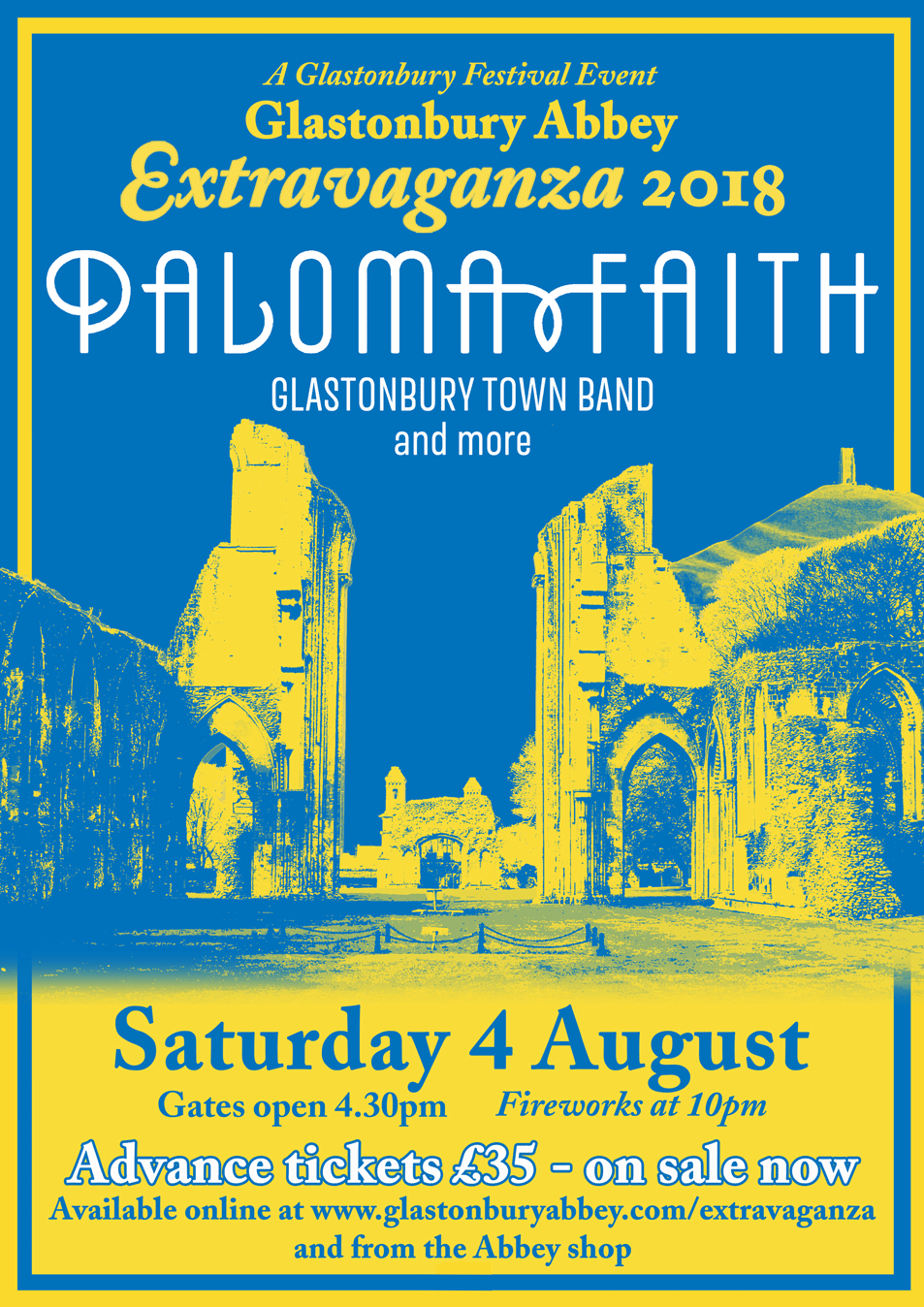 We’re pleased to tell you about a new film which has been made about the legendary Lost Vagueness area at Glastonbury.

The film – the debut feature from director Sofia Olins – tells the untold story of the anarchic sideshow attraction, and its ingenious but occasionally self-destructive creator Roy Gurvitz.

The film combines exclusive footage of Lost Vagueness at the height of its hedonistic powers with in-depth interviews with Roy, his loyal but increasingly exasperated producer Leila Jones, Glastonbury’s own Michael and Emily Eavis, and artists including Suggs, Kate Tempest, Keith Allan, Fatboy Slim and legendary cabaret performer Mouse.

The film will be screened around the UK in May and June.

For ticket info and to read more about the film head to lostinvagueness.com.

(Please note that Lost In Vagueness is not a Glastonbury Festival production.)

Here at Glastonbury Festival, we have been deeply committed supporters of Oxfam since 1993. Like everyone else, we’ve been horrified at the reports in the news. Oxfam assure us they are continuing to take action to ensure a vigorous safeguarding plan for the future.

But let us not forget that abuse of power is a wider issue in society.

So we would like to pledge our continued support for Oxfam, and the brave and vital work which it undertakes. I have been to Haiti, and talked with people in remote communities where Oxfam is a lifeline. Oxfam do outstanding work all over the world and we firmly believe that the good does still far outweigh the appalling behaviour of the few whose actions have caused such harm.

We will continue to support Oxfam’s incredible work for many more years to come. 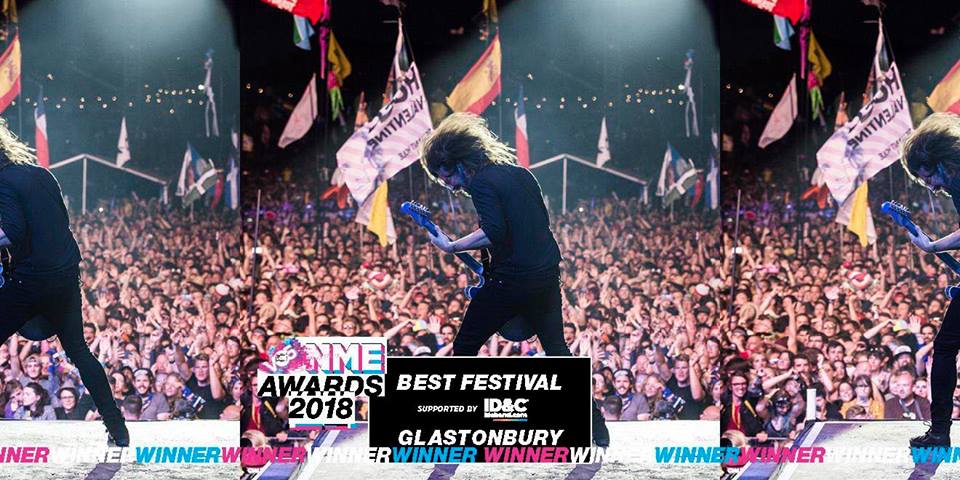 We’re very pleased to report that Glastonbury was named Best Festival at last night’s NME Awards in London. Michael and Emily Eavis were there to collect the award, which Glastonbury won for the fifth consecutive year!

Thank you to everyone who voted for us! 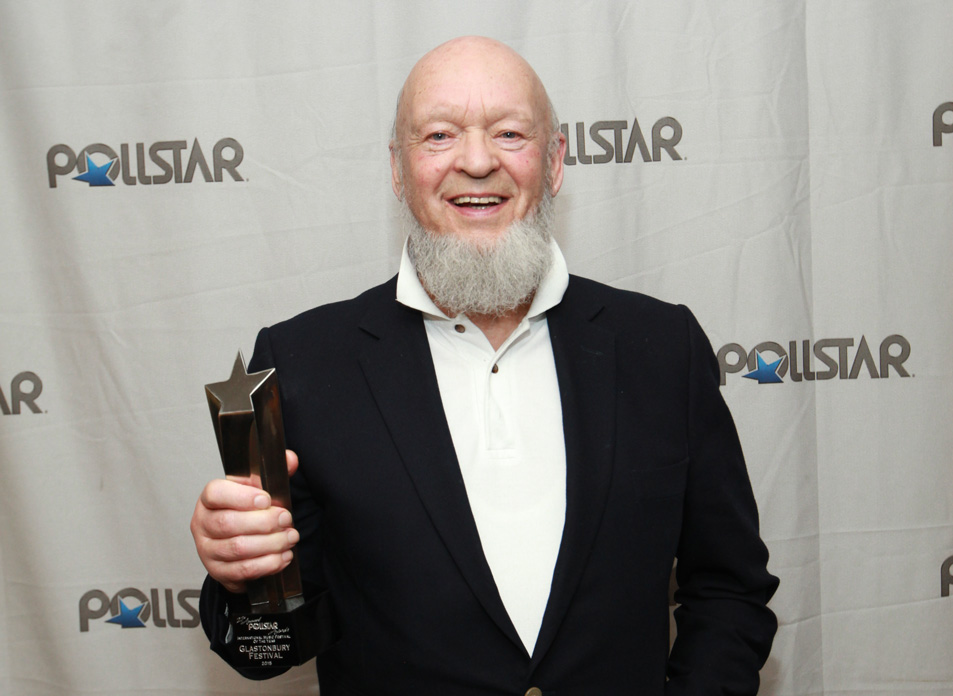 We’re very pleased to report that Glastonbury has been named International Music Festival of the Year at the 29th Annual Pollstar Concert Industry Awards in LA. This is the twelfth time that the Festival has won this prestigious award.

“We’re absolutely thrilled to have won the Pollstar Best International Festival Award again this year, “ said Michael Eavis (pictured above at the 2016 ceremony). “Over the last decade or more,  the support and recognition from Pollstar’s voting public has meant so much to us.”