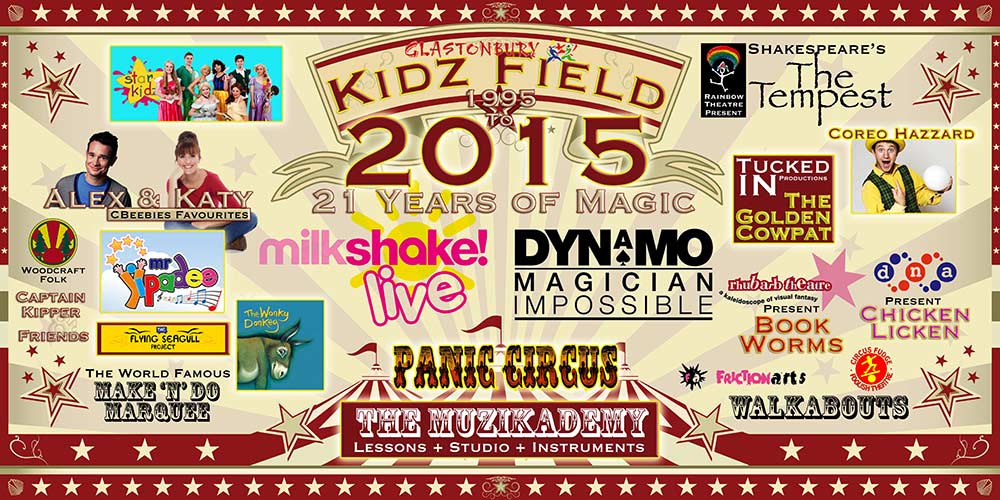 The Kidz Field at Glastonbury is always a place of magic and wonder, but this year – the field’s 21st anniversary – they’ve really outdone themselves.

We’re incredibly excited to announce that renowned physicist and mathematician Professor Stephen Hawking is coming to the Kidz Field for a special guest appearance!

Kidz are also bringing the magic with the return of their great friend Dynamo – Magician Impossible. Dynamo has come to the field over the last few years, deep undercover, unveiling magic tricks to those select few that spotted him. But this year he is performing in the Kidz Big Top!

Plus there will be the usual array of fantastic acts in The Big Top, The Star Kids, magic man Coreo Hazzard, the Antipodean songman Mr Yipadee and his four legged friend Wonky Donkey and Silly Science.

Around the field they also have the iconic Vintage Helter Skelter, The Kidz Field Castle, The Re:Play Muzikademy, the  legendary Make ‘n’ Do Marquee, The National Childbirth Trust Little Kidz Area, the Woodcraft Folk, the Climbing Wall and Spider Mountain as well as many more rides, outdoor games, attractions and walkabouts.

As always, all children aged 12 or under are admitted free to Glastonbury Festival 2015, and all activities within the Kidz Field will be without charge.