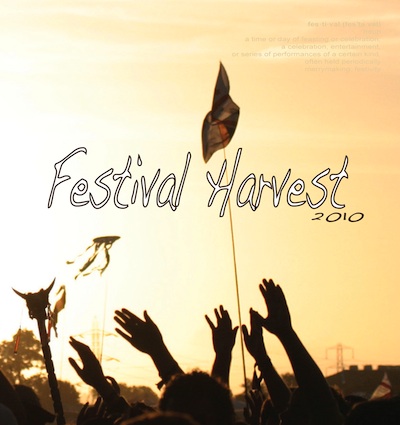 Next Monday (June 7th), a new double CD featuring 28 of the best new British acts is being released by campaign and advice group A Greener Festival with bands tipped from bookers at some of Britain’s best-loved festivals, including Glastonbury.

Festival Harvest will be released as a limited edition double CD and will carry the IG (Industry Green) mark, the award from cross music industry climate change initiative Julie’s Bicycle which identifies a product as committed to reducing greenhouse gas emissions. The album, manufactured by Disc Manufacturing Services, will dispense with the plastic jewel case and will be sold only in 100% card sleeves. The album will also be available to download.

A Greener Festival co-founder Ben Challis, who compiled the album, said: “Working with six of the top music festivals and two regional music initiatives really unearthed some magical talent. It’s an added bonus for us that they all have agreed to support green festivals and the fight against climate change.”