On the Friday of this year’s Festival, the Greenpeace Field’s one-of-a-kind honeybee pavilion, BEAM, is proud to be screening Sage Foundation’s acclaimed new documentary, Overheated, directed by Yassa Khan.

Shown as part of the Greenpeace Field’s all-female / non-binary line-up on Friday, the 40 minute documentary will be screened continuously, directly onto BEAM’s organic walls from 12.00pm until 5.30pm.

Produced by Billie Eilish and featuring appearances from climate activists, artists and designers including Eilish, Emily Eavis, Vivienne Westwood, Vanessa Nakate and Toru Tsui among others, the film openly confronts each individual’s hopes, struggles and fears in the face of a critically overheating planet. Centred around the overwhelming question of “are we doing enough?”– asked by Eilish herself – the film is a powerful call to arms; galvanising action, inspiring hope and driving change in the face of our climate crisis.

Designed for Glastonbury 2019 by Nottingham artist Wolfgang Buttress, famed for his Hive sculpture in Kew gardens, BEAM is inspired by bees. The hexagonal clearing, made of 13 kilometers of Welsh sustainably sourced timber and intended to strengthen our affinity with our trusty pollinators, provides an apt setting for this thought-provoking and empowering film. 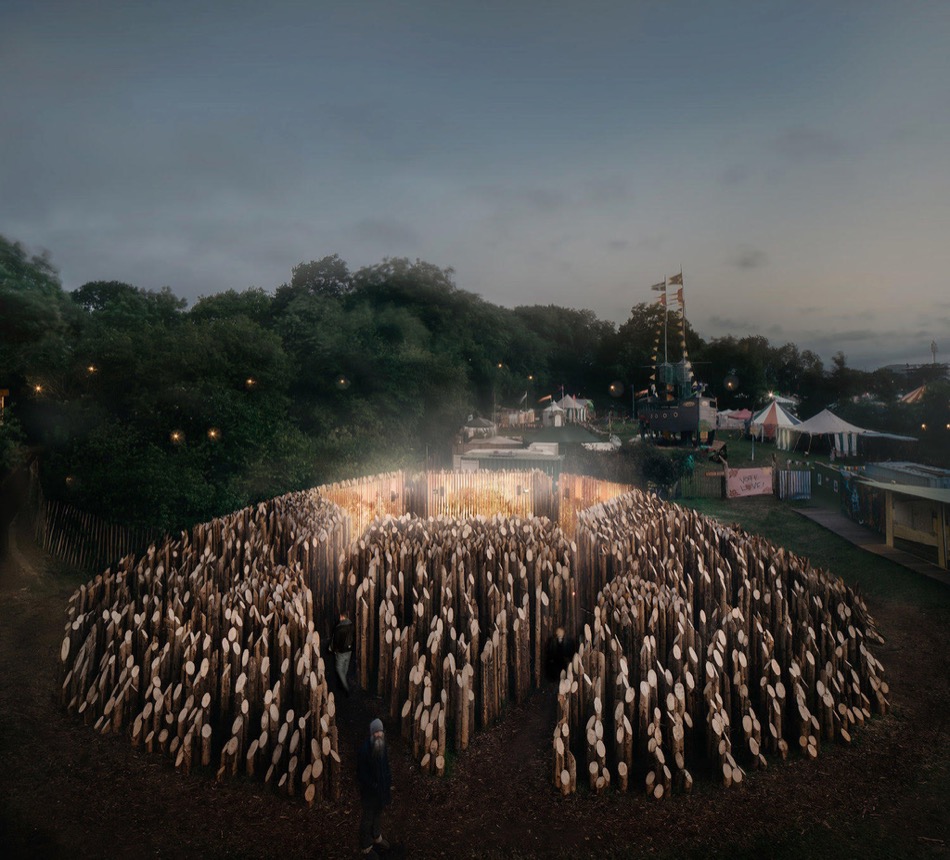