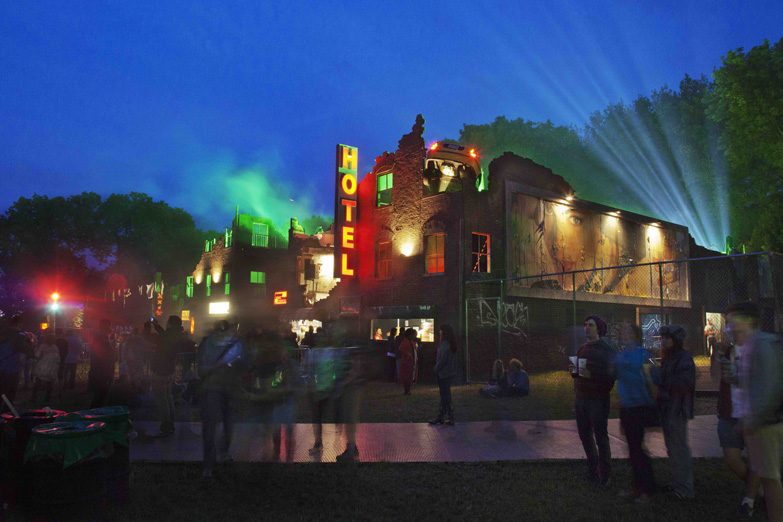 Following the tremendous success of The NYC Downlow in the Block9 area at this year’s Festival, The Downlow Radio (which raises funds throughout the year through donations and moustache/merchandise sales) has now made three separate donations to charities and causes close to our hearts:

Vision Africa: As in previous years, we wanted to support the essential work of the Mother of Mercy hospice, Zambia. Since the hospice was set up in 1997, they have been delivering palliative care and vital anti-retro viral drugs to communities in Zambia affected by HIV/AIDS. The Downlow Radio has just donated £3000 to the hospice.

All Out: is another organisation The Downlow Radio has supported over the years. This year we have donated £3000 towards their continued fight for equality for lesbian, gay, bisexual, and transgender (LGBT) people in every country in the world. Their mission is ‘to build a world where no person will have to sacrifice family or freedom, safety or dignity, because of who they are or whom they love’.

Ebola Crisis Appeal: With the explosive and deadly spread of Ebola in West Africa, The Downlow Radio decided to make a donation of £3000 to the Disasters Emergency Committee (DEC) Ebola Crisis Appeal. The DEC is working urgently to help stop the spread of the disease and provide support to those affected by the crisis.

Since it debuted at Glastonbury in 2007, The NYC Downlow (and its online partner The Downlow Radio) has been raising funds for worthy causes across the globe. The now world famous vintage New York gay club, which features annually in the Block9 field, has, to date, given almost £50,000 to those most in need.

We would like to say a massive ’THANKYOU!’ to everyone who supports The NYC Downlow and The Downlow Radio; by making donations, by partying or performing at the NYC Downlow, or by working with Block9 to make the venue (and radio) happen. These donations wouldn’t be possible without you.

Block9, The NYC Downlow and The Downlow Radio