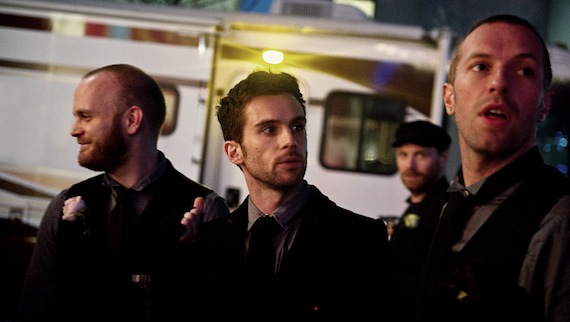 We’re very pleased to confirm that Coldplay will be the Saturday night Pyramid Stage headliners at this year’s Glastonbury Festival.

"Coldplay have played such a major part in the Festival over the last 10 years or so," said Glastonbury organiser Michael Eavis. "As their popularity grew around the world I was so proud of them. This is the triumphant return of a band that everyone here feels part of. They’re one of the greatest phenomena to grow from these fields."

This will be the world-conquering group’s first Glastonbury show since their triumphant 2005 performance. In 1999, Coldplay made their Glastonbury debut in the New Bands Tent, weeks after signing their record deal. Just three years later, they made their first appearance as Pyramid Stage headliners, shortly before the release of their Rush Of Blood To The Head album propelled them to global success. We can’t wait to welcome them back again.

Tickets for Glastonbury 2011 have Sold Out, but a limited resale of cancelled tickets is expected in April. For more information, click here