Skip to content
Home / News / Coming to Glastonbury? Perform on the Greenpeace stage

Coming to Glastonbury? Perform on the Greenpeace stage 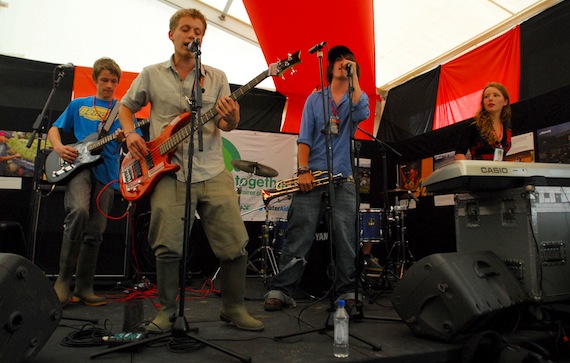 Greenpeace have teamed up with Cowshed Studio London and Mi7 Records to create an unprecedented opportunity for all musicians who are coming to Glastonbury this year – a world-class recording studio complete with two performance stages, operating under the theme Raising Voices.

The stages will be made available to unsigned acts coming to the Festival, both to play and participate in song writing and other workshops. From these performances, eight acts a day will be chosen by audience vote to record in our purpose built studio overseen by professional producers, using vintage instruments and state of the art equipment.

Greenpeace are encouraging all writers, musicians and vocalists to participate under the theme Raising Voices, using their skills to promote positive change and in the process, create a body of work intended to stimulate interest in the protest song.

After five days of making music Greenpeace are also hoping that a new song will be composed and recorded during the festival which can be used around the world to celebrate the launch of the new Rainbow Warrior flagship when she joins the Greenpeace fleet later this year.

Aspiring performers who are attending Glastonbury can find out more by visiting http://cowshedglasto.tumblr.com.