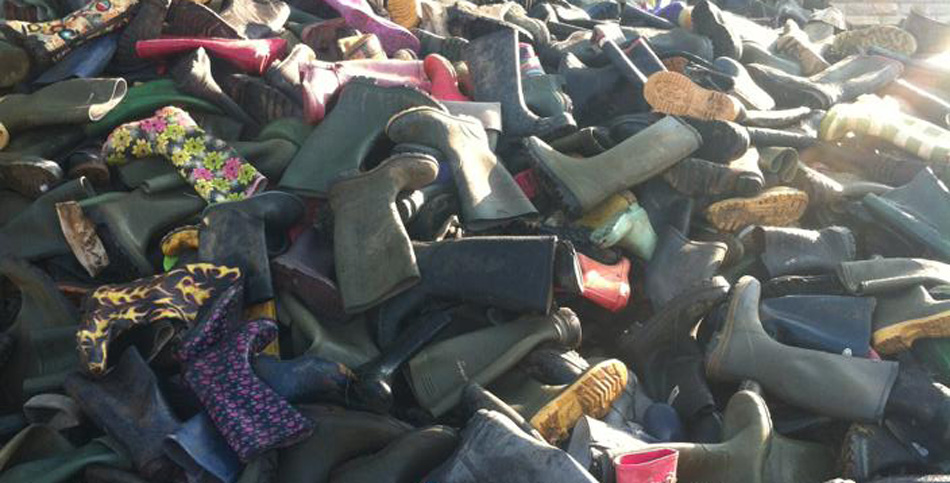 This year, several hundred pairs of wellington boots were discarded at Glastonbury Festival. Those boots ended up in our recycling centre, where team member Liz Clegg had the idea of donating them to the migrants in Calais.

The boots were meticulously sized, paired and quality controlled by a group of volunteers and Liz recently transported more than 500 pairs to Calais, along with 2,000 unused rain ponchos and some first aid kits. Liz distributed them (and offered some first aid training) alongside Association Salam, a French charity which organises the distribution of food and clothing to the migrants.

While she was in Calais, Liz became aware that there is a massive issue at the refugee camp (nicknamed “the Jungle”), with rubbish collection and recycling. A team organised by the Calais Migrant Solidarity Facebook group is now travelling from the UK to instigate a system to enable the residents of the camp to manage the rubbish, and the Festival has donated bin bags to assist with this effort.

The refugees in Calais are living in desperate conditions, and we’re very pleased to be able to help support their basic humanitarian needs.