We’re very pleased to announce that the official Glastonbury 2014 mobile app is now available to download, for free. The app, which has been built by EE, is the only official mobile app for this year’s Festival. It’s available for devices using Apple iOS and Android. Click the buttons below to download the app now.

The 2014 app is an evolution of last year’s hugely popular version, now with improved social integration, a more detailed interactive map, a re-designed homescreen and a new information section.

The app also contains the latest news on the Festival, plus an interactive line-up planner with full artist info. It will also be possible, once again, to stream the BBC’s live coverage of the Festival via the app.

A reminder that you can also purchase a portable mobile phone charger for this year’s Festival – and then swap it for a fully-charged one throughout the weekend. More info here. 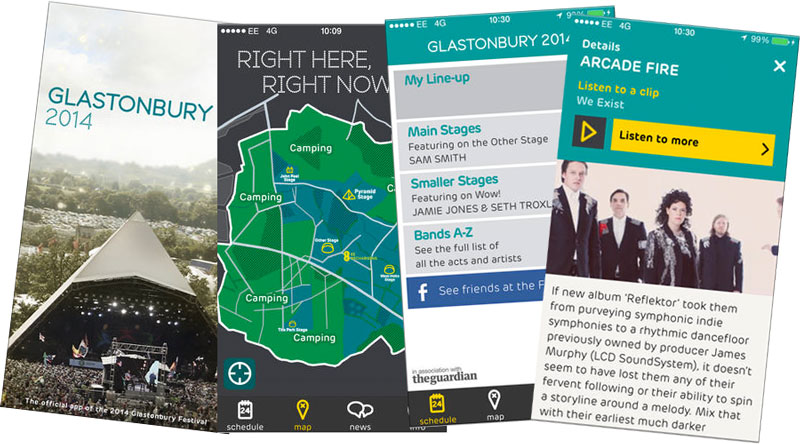