Each of the finalists from our 2009 Emerging Talent Competition will be performing at this year’s Festival. Ahead of their trip down to Somerset, we’ve asked them to write a blog telling us about their experience of the competition and their plans for the Festival. Our second blog is from Sheffield popsters Dead Like Harry. 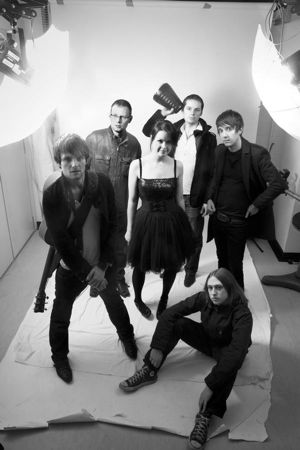 I’m writing this from the confines of a recording studio in Sheffield. It’s raining outside, but in here we are putting the final touches to an album we have spent the last couple of months working on. It seems like we are a long way from the summer and the festival season but as I write this I realise that summer is fast approaching (even if the is rain beating down outside). I have been asked to write a short blog about our Glastonbury experience so far, so here it is…

…I was sat in almost exactly the same place in the studio when in February I got a call telling me Dead Like Harry had been picked as one of the 11 finalists to take part in Glastonbury’s Emerging Talent competition.  It already felt like we had won when we were also told that whatever happened we would be playing at the Festival and we would all get weekend tickets!  The finals approached and the evening went by in a whirlwind.  It was a great experience to play in front of all those judges and I felt it was a real success even though we didn’t win. All the bands were great and we were just happy to be a part of it.

Now with the finals over our thoughts moved to the summer and the Festival itself. I have never been to Glastonbury before, a Glastonbury virgin I guess. I am sure it will be everything it is said to be and with headliners such as Bruce Springsteen (my musical hero) it is going to be a brilliant weekend. We are playing on the Friday on the Queens Head Stage at 3pm. A great slot. I hope that the Glastonbury gig and the many other great festival slots we are doing this summer lead to an increase in the interest of the band nationally. The band has been growing steadily for a long time now and with the added interest this competition has given us and the radio play and newspaper coverage that followed we feel things have really started to move forward and the ball has started to roll. Hopefully come the end of the summer and the approach of Christmas we will get our album released and continue the push to take the band to the next level!

See you at the Queens Head stage on Friday at 3pm!