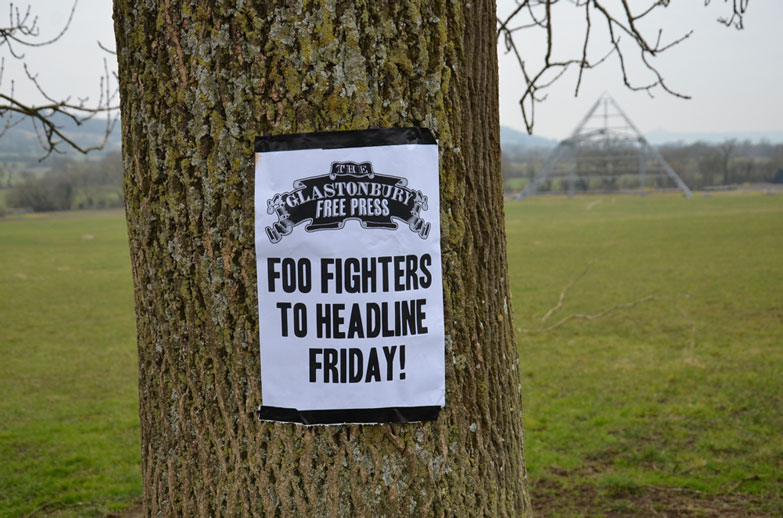 We’re very pleased to confirm that Foo Fighters will headline the Pyramid Stage on the Friday of this year’s Festival. This will be the US rockers’ first performance at Glastonbury since 1998.

Foo Fighters’ appearance was revealed by frontman Dave Grohl at this evening’s NME Awards, during his acceptance speech following the band’s victory in the Best International Band category. Glastonbury was also honoured at the ceremony, picking up the Best Festival award.

Said Emily Eavis: “We feel incredibly lucky to have confirmed the Foo Fighters for the Pyramid Stage at Glastonbury this year. Very few bands have the power to unite and energise a crowd like Foo Fighters do. We can’t wait for them to rock Worthy Farm on Friday night.”

Tickets for Glastonbury 2015 sold out in October. There is likely to be a resale of any cancelled and returned tickets following April’s ticket balance payment window.