Glastonbury Abbey Extravaganza to be headlined by Brian Wilson

There will be “Good Vibrations” at this year’s Glastonbury Abbey Extravaganza as Beach Boys Co-Founder Brian Wilson is to headline, Michael Eavis announced today.

Music Legend Brian Wilson will play The Beach Boys’ seminal album, Pet Sounds, in full, as part of the 50th anniversary tour of the record named the greatest album of all-time by publications including the Times, NME and Uncut.

Performing alongside a celebrated band which includes his former bandmates Al Jardine and Blondie Chapman, Wilson will also treat the Abbey crowd to greatest hits and rare cuts from their vast back catalogue.

Tickets for the 21st Extravaganza, which takes place at the Abbey on August 5, have already been selling fast despite the headliner not having been revealed until now. Tickets are on sale now, here.

Michael said: “To have a music icon such as Brian to headline the Extravaganza is just fabulous; he is bringing his world-famous Pet Sounds to play for us and I am sure it will be one of the best nights we’ve ever done at the Abbey.”

And Brian sent this message to fans: “I love performing Pet Sounds with my band and look forward to playing back in Glastonbury, as I had a ball the last time we played at the festival, this show at the Abbey will be a special night, I look forward to seeing you all there, Love and Mercy, Brian.”

Also playing at the Extravaganza will be the world-famous brass band, the Black Dyke Band. The traditional firework display will round off the night.

The 2016 Extravaganza, which was headlined by Van Morrison with Jamie Cullum and the Wells Cathedral School Big Band, sold out well in advance.

For the third year, limited camping has also been made available for Extravaganza ticket holders by Michael a short distance from the Abbey, with pitches starting at £20 for the weekend. Pre-erected tents are also available.

Advance tickets cost the same as last year with adults £35 and £20 for a child aged six to 16. On the gate prices will be £40 and £25 for a child. Accompanied children aged five and under do not require a ticket. Booking and postage fees apply. Terms and conditions apply. 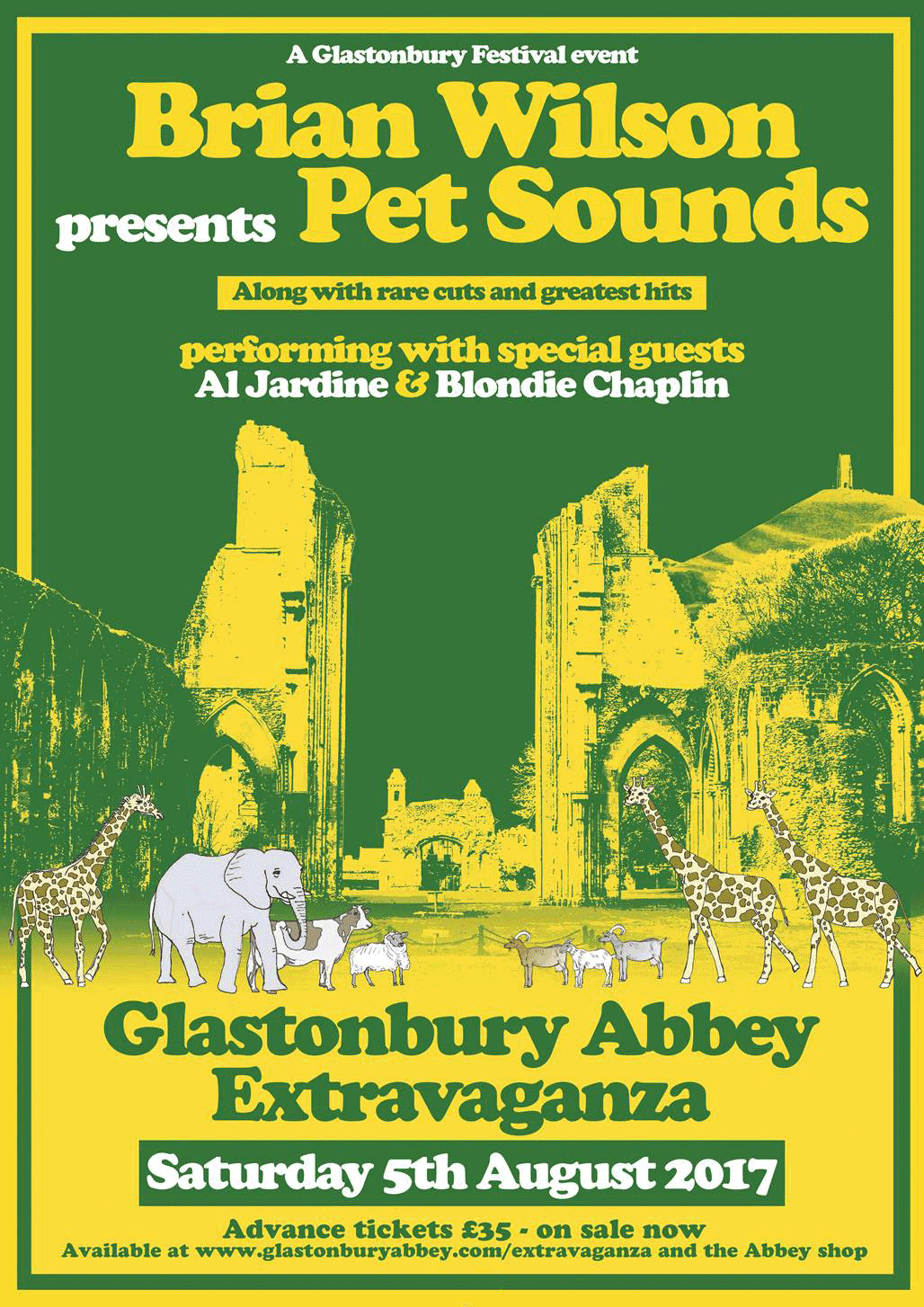