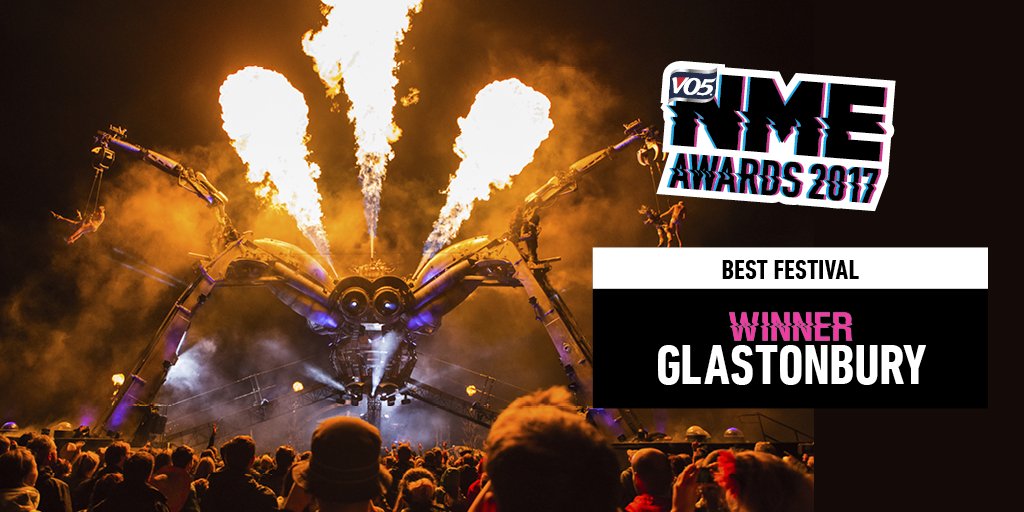 We’re delighted to report that Glastonbury was named Best Festival at last night’s NME Awards in London. Michael and Emily Eavis were there to collect the award, which Glastonbury won for the fourth consecutive year!

Other Glastonbury-related winners were Adele, who won Best Festival Headliner for her performance on the Pyramid Stage, and Coldplay, whose tribute to Viola Beach during their Glastonbury set was named Music Moment Of The Year.

Thank you to everyone who voted for us!