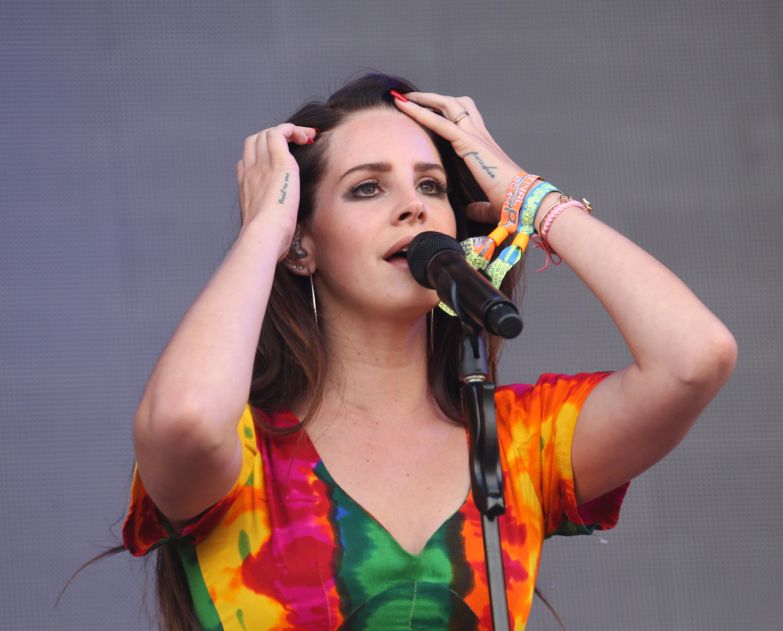 Emily Eavis has revealed that Lana Del Rey will perform at this year’s Festival. Speaking at the NME Awards – where Glastonbury won Best Festival In The World and Emily was named Godlike Genius – Emily revealed that Del Rey will make her first appearance on the Pyramid Stage since her debut in 2014 (pictured above).