First of all, legendary Oasis frontman Liam Gallagher is confirmed to bring his new solo project to The Other Stage on Saturday 24th June at 5.45pm.

We’re also excited to report that the Festival will welcome its first ever astronaut! Mike Massimino is an American engineer and NASA astronaut, who flew on two shuttle missions to repair the Hubble Telescope. He will be speaking at the The Free University of Glastonbury, whose programme of talks take place in the Crow’s Nest at the top of The Park. Massimino will appear at 2pm on Friday 23rd June.

Finally, we can also reveal that Hollywood superstar Johnny Depp is the guest of honour at our new drive-in movie area, Cineramageddon. The actor will will introduce his personal choice of films, screening through the night on Thursday 22nd June, and discuss his selections with Cineramageddon curator Julien Temple. Click here for the Cineramageddon area pages and listings. Each of Depp’s choices has a special significance to the actor:

THE LIBERTINE: “This is one of those films that got lost in the shuffle. It’s a film that a lot of people on which worked very hard, and one that I am very proud of.”

WITHNAIL & I: “No film has ever made me laugh more, or filled me with so much joy… and dread! For me, this is perfect cinema. Genius.”

We can also reveal the full Glastonbury 2017 line-up poster, designed by Alister Sieghart (who has designed Glastonbury’s official posters and tickets for decades). 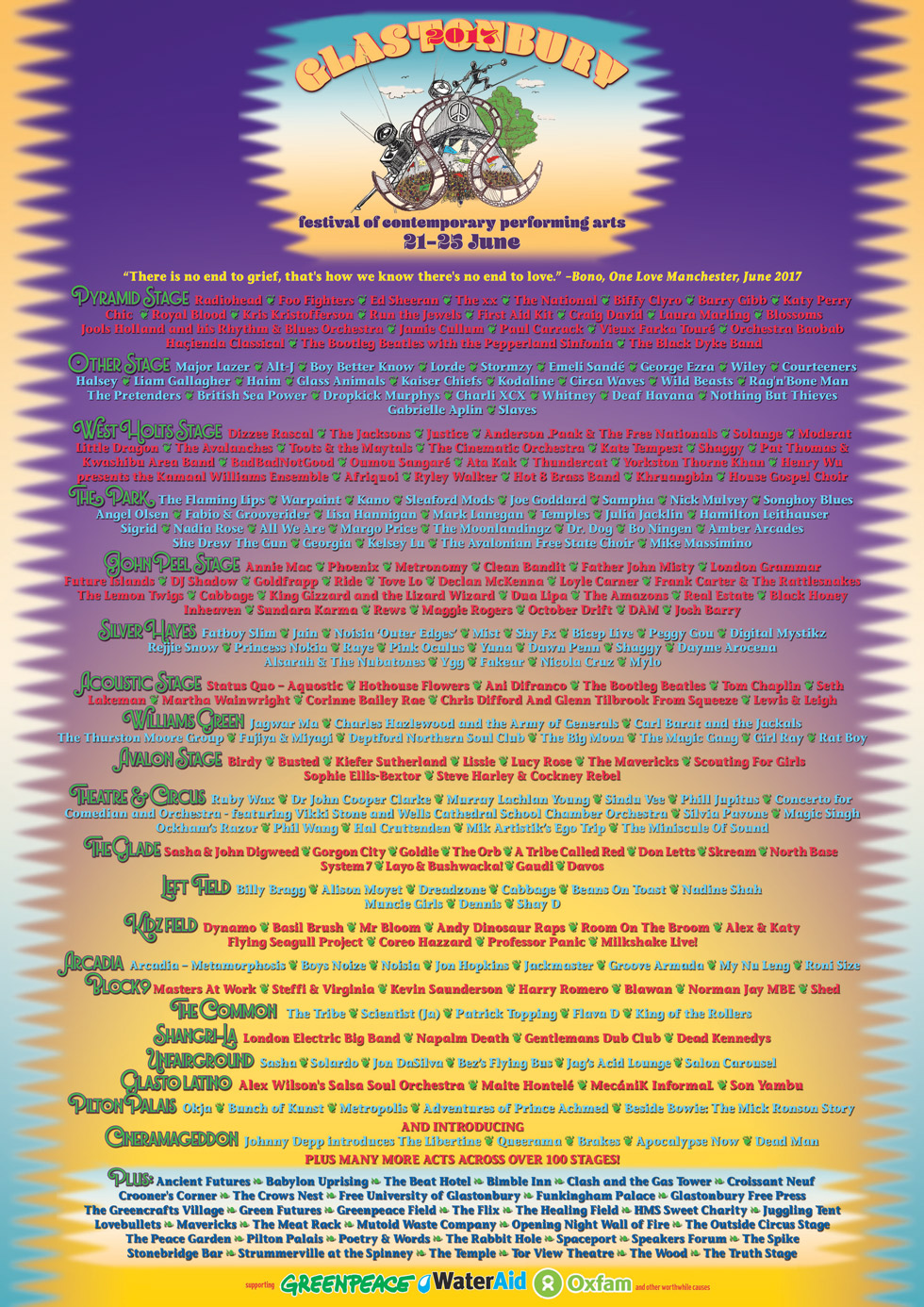 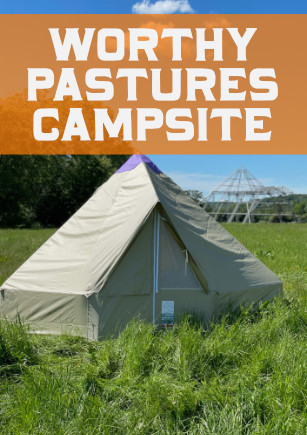