Skip to content
Home / News / Michael Eavis chats about the campsite, Extravaganza and his optimism for Glastonbury 2022

Interview: Michael Eavis on the campsite, Extravaganza and his optimism about Glastonbury returning in 2022 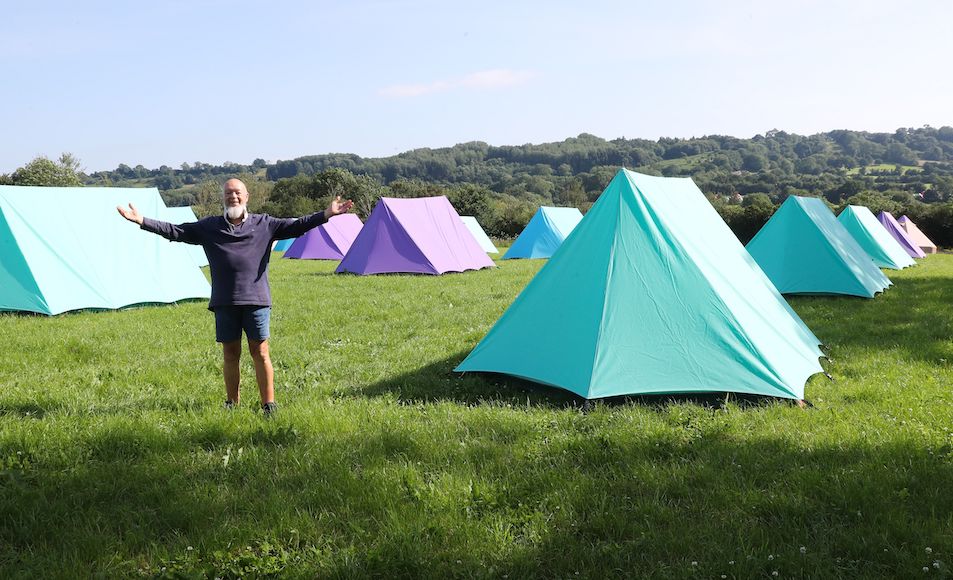 We caught up with Michael Eavis to hear how much he’s enjoyed our Worthy Pastures campsite this summer, his hopes for Glastonbury 2022 and why Van Morrison probably won’t sing Michael’s favourite song at the Glastonbury Abbey Extravaganza on September 4th.

Hi Michael, how are things?

Well the campsite is going really well. People are having a wonderful time. It’s been a huge success. I’ve been doing book signings and selfies and all that sort of thing. There have been huge queues for my signings. I couldn’t believe it!

How has it been having people back on the farm?

It’s so nice to see everyone. They’re lovely people, and they’re so pleased to be at the farm. The kids are really interested in being here. It’s been a great boost for the morale of the farm and the workers.

Nice to be able to employ the crew too.

Absolutely. Some of these people haven’t had a job for two years, so it’s great they’re getting good wages for a few weeks.

You did camping at the farm in the 60s, didn’t you?

I think I tried to launch it, but nobody knew who we were back then, and I think it failed quite miserably. But then the Festival came along and took everything over! Life at the farm totally changed from 1970 onwards.

A lot of people staying at the campsite are saying there’s something special about these fields.

I know! My father used to say that too you know, when we were kids and we wanted to go to Burnham on Sea or somewhere. He’d say, “Why do you need to go away on holiday? This is such a special place. There’s no point going anywhere else.”

It does feel like maybe the vibe of a place is defined by the people who work for it. And the staff and traders on site have all been so lovely that it’s maybe captured that Festival spirit.

We’ve got some really, really good people. The whole crew have done an incredible job. 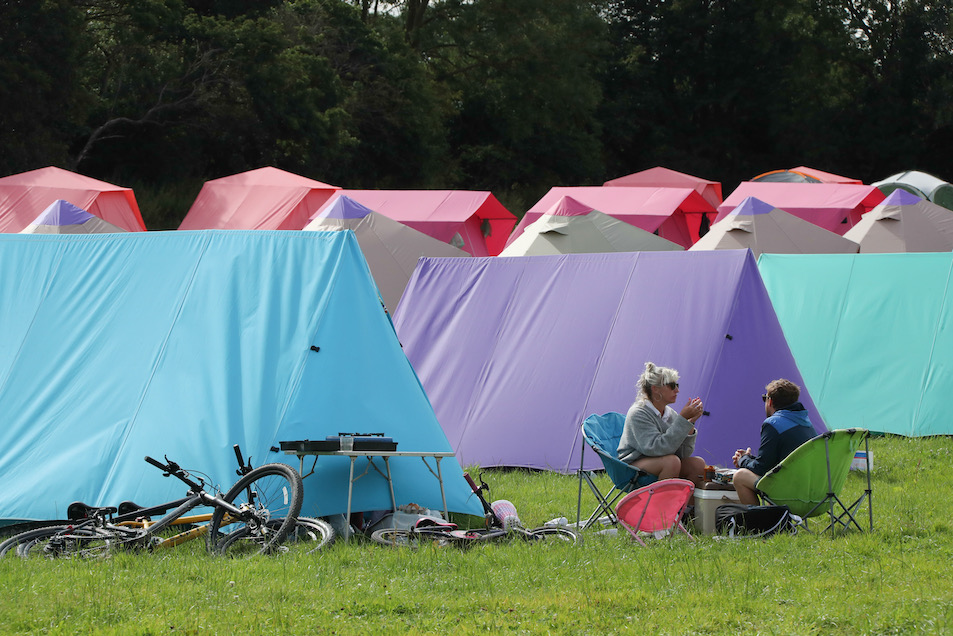 Those tents have turned out to be a good investment too.

Yeah, I went to Bradford myself to buy those tents for our Worthy View site at the Festival. We went to the factory and looked at the quality of the canvas and various designs and things. It was all done in very great detail, which was very important. That canvas never leaks you know. I was told that they’re going to last for 20 years. So that’s quite good value, really.

Has the campsite made up for not having a Festival?

Well, we’ve certainly had a lot going on with the campsite and everything else. Our social housing is a big thing and we’ve put quite a lot of work into getting the new village shop up and running, and just the farm and the crops. And of course the cheese launch was this year as well. All the milk is sold to the Co-op for that. So that’s working really well. I’ve certainly been keeping busy!

But it’s not quite the same as having world famous acts performing in your backyard.

No, it’s not quite the same as the big show.

Are you feeling optimistic that the Festival will be back next year?

Oh yeah, absolutely. Psychologically we’re feeling so good and so high at the moment. We’re on a bit of a roll. I think in spite of there being no Festival, it’s been a wonderful year. The campsite has been so encouraging. For me personally, to see how much people enjoy coming here. After 51 years, the enthusiasm from people to actually want to come is still there. Which is very reassuring to me. You’d think by now people would be beginning to get fed up with the idea. But they’re definitely not!

And you have the Glastonbury Abbey Extravaganza coming up on September 4th.

That’s right. Van Morrison is coming down. And Tanita Tikaram, who had a huge hit album towards the end of the 1980s. She was absolutely huge. And the critics are saying her new work is as good as that was.

For those who’ve never been, how would you describe the Extravaganza?

Well, we started it in 1996, so it’s been going 25 years. And it’s a huge success. People love coming to the Abbey grounds. It’s right in the middle of Glastonbury town and it’s a fantastic site. People just love it so much. 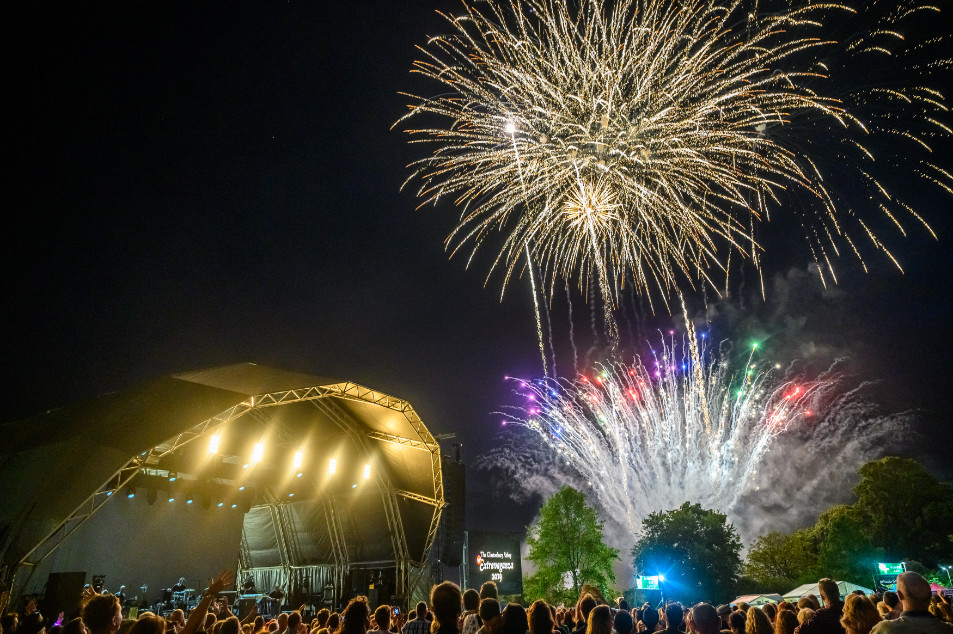 And it has that classic Glastonbury Festival thing of people being allowed to bring their own food and alcohol with them, which is something very few events allow.

Yeah, I do insist on that. We’re not interested in being able to make more money through alcohol sales and that sort of thing. We just want people to have a really good time and to be treated fairly. So they can buy food and drink at the site, or choose to bring their own.

You see some incredible picnic setups at the Extravaganza.

You do! It’s great fun. And it’s an event that’s worked so well, right from the start. 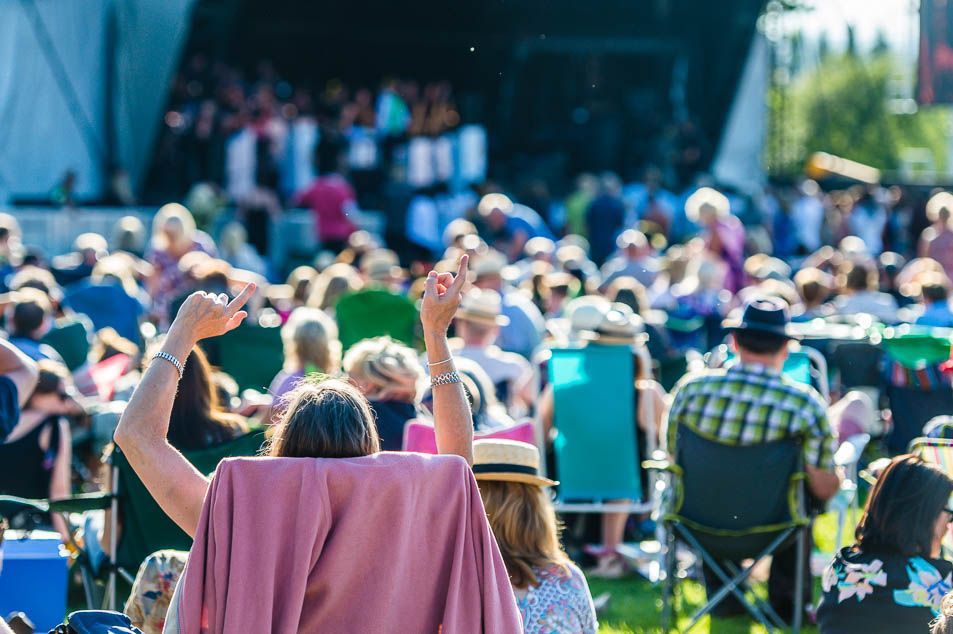 And Van Morrison is an artist you’ve booked many times, right from the early 1980s.

Oh well I love his music. I play it every single day of my life.

Madam George. Every time I book him, I try to get him to sing it, but he won’t do it! He says he’s forgotten the words.

Maybe you should print them out for him and leave them on the stage.

Yeah, that would be good! But, he won’t play it for me, as hard as I try. I think he’s a real musical genius, though. And he loves playing at the Extravaganza. He loves the Abbey and Glastonbury as well, I think. He even mentioned the Church of St John – which you can see from the Abbey grounds – in one of his songs, Summertime In England. He loves that whole Avalon thing.

And are you confident that the Extravaganza will go ahead in the current climate?

Oh yes, absolutely. Things are changing now. There are shows happening all over the country. And people love to get out of doors, sit on the grass and listen to some good music. You can’t beat it, really.

And see some good fireworks too. You don’t go half measures on those!

We do enjoy our fireworks. We try to make them slightly better than anyone else’s. The Extravaganza is a great event. And long may it last!

Worthy Pastures is open until the end of August. We still have limited availability for both remaining weekends, with rates from £150 (campervans) and £195 (pre-erected tents) for a family of four for three nights. Head to worthypastures.com for details and to book!