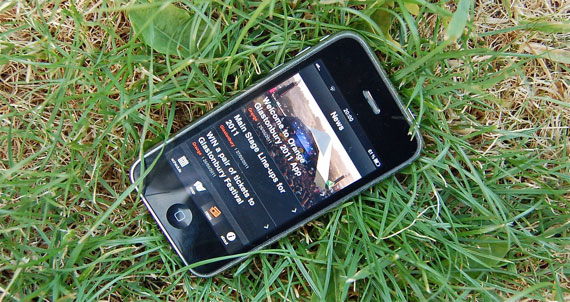 UPDATE: The Nokia app is now available to download.

We’re pleased to announce that the official Glastonbury 2011 mobile app is now available to download.

The app, which has been built by Orange, is the only official mobile app for this year’s Festival. Download it for free (whatever network you’re on) and you’ll be able to see who’s playing where, with full stage listings from the Guardian Guide. Once the full line-ups timings are announced, you’ll even be able to make your own schedule and set reminders. Plus, you’ll get all the important Festival news from us in real time and an interactive map of the whole site.

Until Friday 3rd June, The app also gives you the chance to win a pair of tickets to the Festival.

For more information on the app, including full T&Cs, head to www.orange.co.uk/glastonbury.

You can also check out this video which gives more information about the app.

NB: Apologies to those of you who have been asking, but Orange have not made the app available for Blackberry this year.