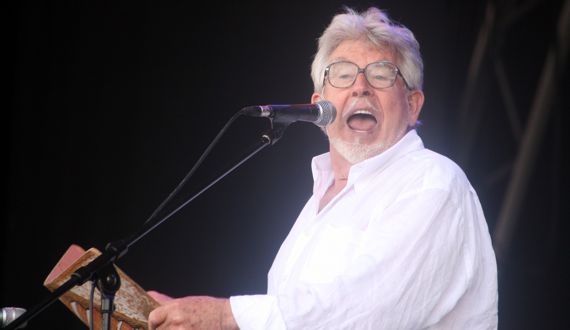 We’re very pleased to announce that Rolf Harris will return to Glastonbury Festival next month, taking the opening slot on the Pyramid stage on Friday 25th June. The gig comes in the year Rolf celebrates his 80th birthday and will be his sixth Festival appearance.

A day later, the honour of opening the Pyramid bill goes to rising star in the hood, Tinchy Stryder, whose only previous Glastonbury appearance was at the Dance Village.

Sunday’s opening act on the Pyramid will be the Yeovil Town Band, returning to Glastonbury for the first time since 2005.

Click here to check out the full line-up as it stands.