This year at Left Field, our agenda has been set by the Tories. No, we’re not turning into Right Field, we’re simply responding to the challenges that people will face under the new administration.

We’ll be discussing worker’s rights with Mark Serwotka from PCS and GMB organiser Elly Baker. Representatives from SYRIZA and Podemos will be joined by Cat Boyd from Scotland’s Radical Independence Campaign to discuss the rise of radical movements across Europe.

Reni Eddo-Lodge will chair our Feminism without Borders discussion while Jasmine Stone from the Focus E15 housing campaign will take part in a debate about the new frontiers in politics, on a panel which will also include anti-fracking and TTIP activists. We round it all off with a discussion about how to begin the fight-back against the new Tory government on a panel that will include Labour’s Ken Livingstone and Scottish commentator Pat Kane.

We’ve got great live music from bands with something to say, comedians who pull no punches and our ever popular Radical Round Up, which draws in singer-songwriters who want to change the world. And for the first time, the Sunday Assembly will be bringing their atheistic Sunday morning sing-along to Left Field.

We all need to recharge our activism this year, so come on down and join the debate about the way forward. The fight-back starts here! 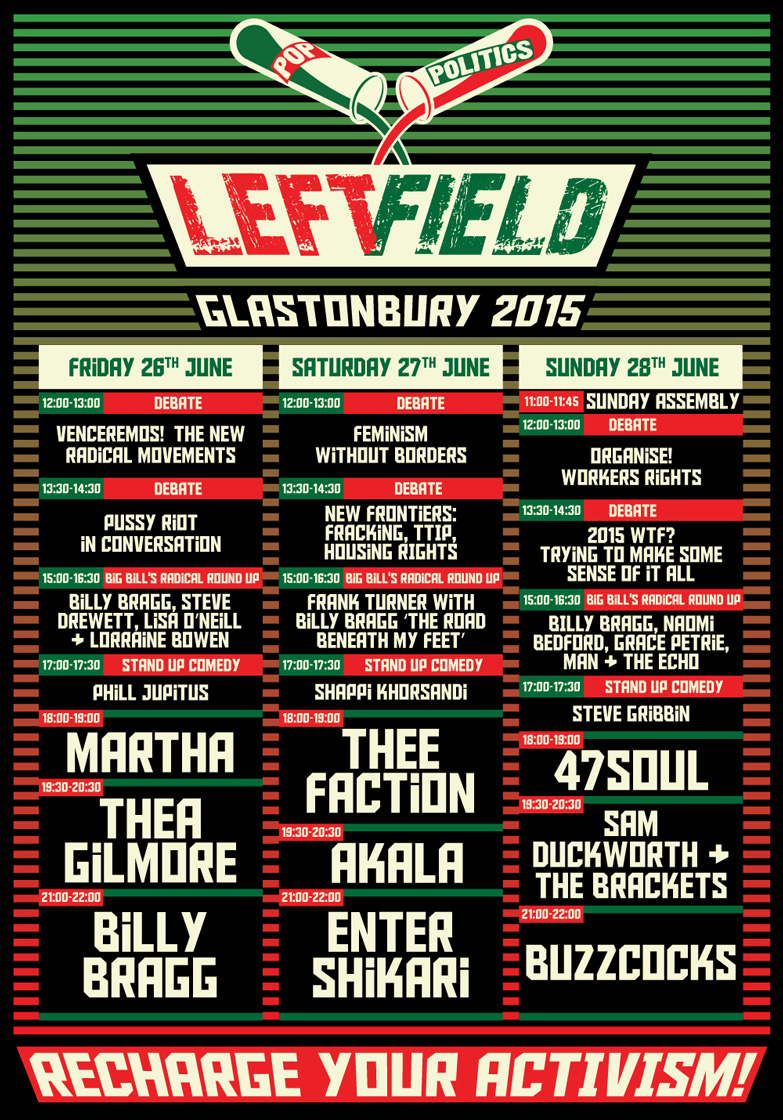