There will also be additional guest musical performances from George Ezra and Róisín Murphy.

The livestream takes place on Saturday, 22 May, with encore screenings now available on Sunday, 23 May. Tickets are available from here.

Further surprise guests will feature in the show, which is to be filmed across the Festival site at landmarks including the Pyramid Field and Stone Circle.

By popular demand, two Sunday broadcast times have also been added, at 2pm (BST) and 7pm (BST). If you’ve already purchased a ticket for another time slot and would like to move it to Sunday, please just fill out this form.

(These timings are for the 7pm BST stream – with the same schedule applying to the repeat screenings.)

The event will support Glastonbury’s three main charitable partners, Oxfam, Greenpeace and WaterAid, as well as helping to secure the Festival’s return in 2022.

We are so grateful to be able to share live music with you again, and sending our thanks to everyone who has already bought a ticket! 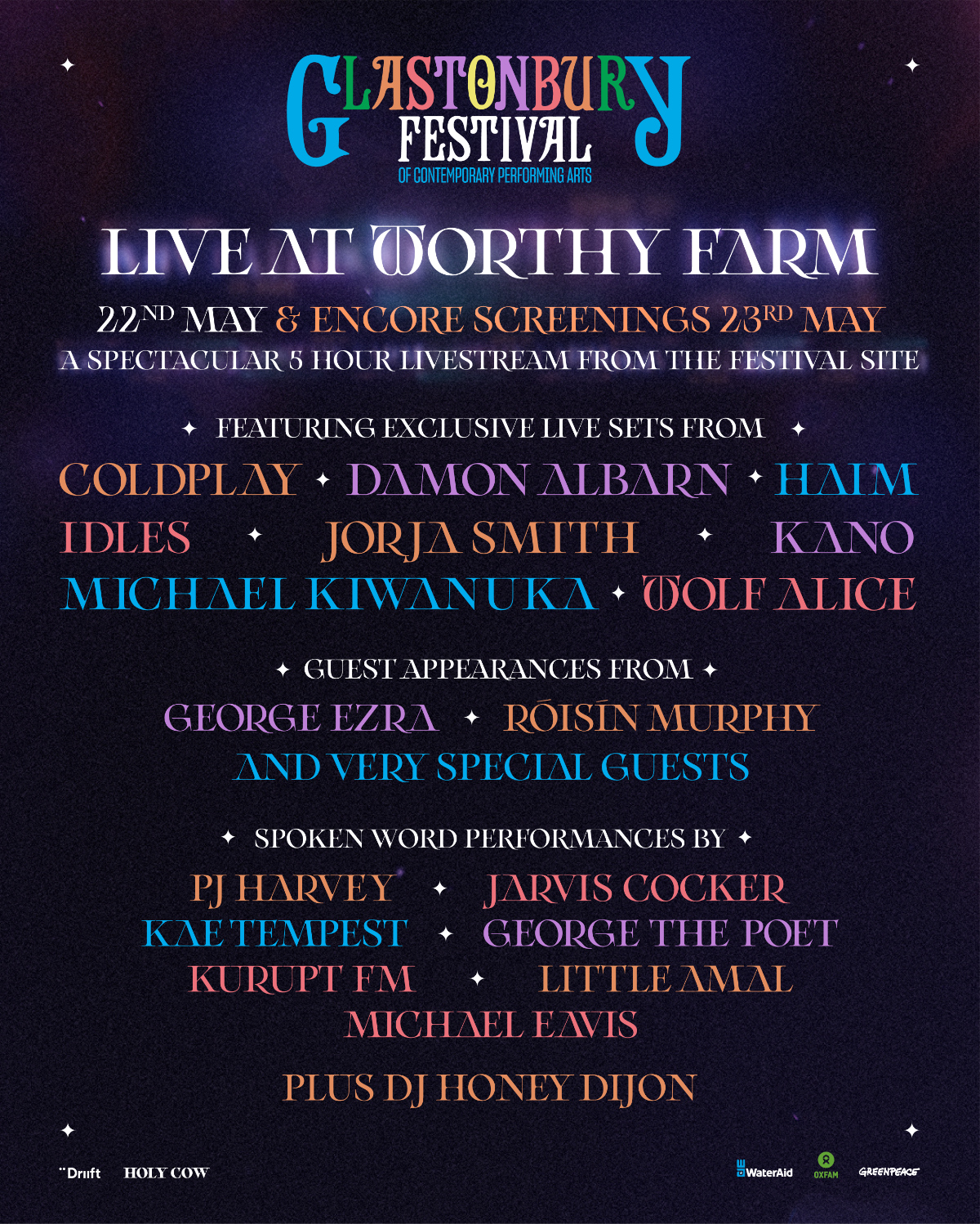 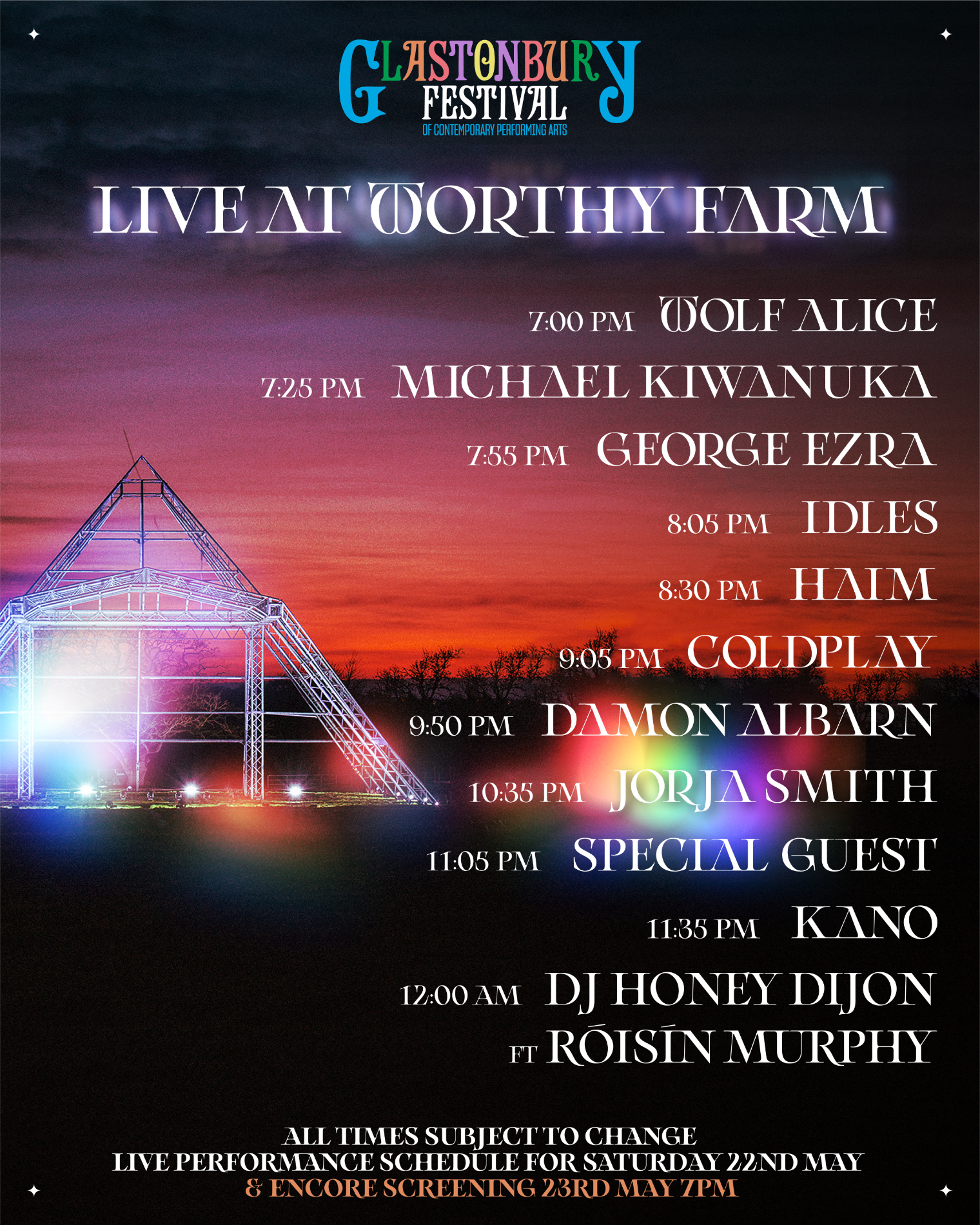