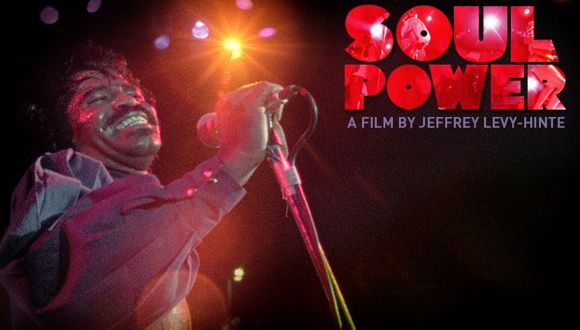 At 2.30am on Friday night at this year’s Festival, Soul Power will get its UK premiere in the Glastonbury Pilton Palais Cinema Tent. The film is a verité documentary, entirely composed of footage shot in 1974 at the legendary music festival (dubbed "Zaire ’74"). It shows the experiences and performances of such musical luminaries as James Brown, BB King, Bill Withers, Celia Cruz, Miriam Makeba, among a host of others.

To celebrate the premiere, we’re giving away a Soul Power T-shirt and 20 titles from the Masters of Cinema Series, a specially curated DVD collection of classic and world cinema from directors including Carl Theo Dreyer, F. W. Murnau, Jean Renoir, Akira Kurosawa, Satyajit Ray, Peter Watkins, Fritz Lang, Vittorio De Sica and many more.  The aim of the series is to increase the profile of groundbreaking classic, contemporary and world cinema films that would have otherwise been overlooked. Titles include Metropolis, Vampyr, Nosferatu, Grey Gardens, Tokyo Sonata & Mad Detective. Soul Power is part of this collection and a Blu-ray/DVD of Soul Power will also be sent to the prize winner in November on release.

To be in with a chance of winning, simply email your name, address and a contact number to competitions@glastonburyfestivals.co.uk before Wednesday 24th June at 10am. The first entry picked from the virtual hat after the closing date gets the prize package. (You must be 15 or over to enter. One entry per person, please.)

Here’s the full list of the 20 films you could win….