The 2011 Green Traders Awards winners are…

This year was the sixth year of the Festival’s Green Traders Awards, given by Glastonbury, Greenpeace, The Soil Association, The Fairtrade Foundation and Nationwide Caterers Association (NCASS) to the traders who did the most to help make the Festival greener, fairer and more sustainable.

Once again this year a team of Greenpeace volunteers trekked across the festival site interviewing traders, quizzing them about everything from: how they arrived on site, what their stall was made of; how much of their stock was Fairtrade, organic or recycled, and any other ethical criteria they proactively used to reduce their impact on the environment. 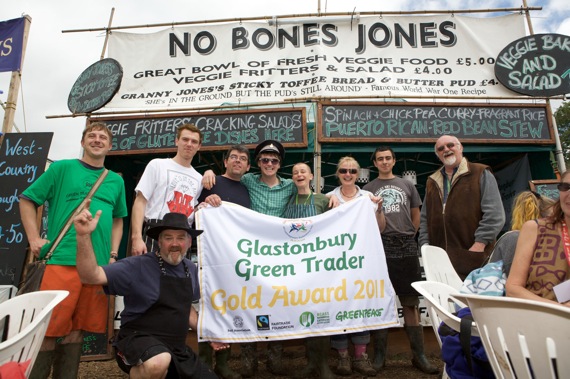 The winner of this year’s Gold Award for food went to last year’s runner-up No Bones Jones, who do vegetarian and vegan food. They commented, “It’s a pleasure to be here, just to be part of this fantastic event. We’ve worked on this for twelve months and it’s really inspired us to make changes even at home.” 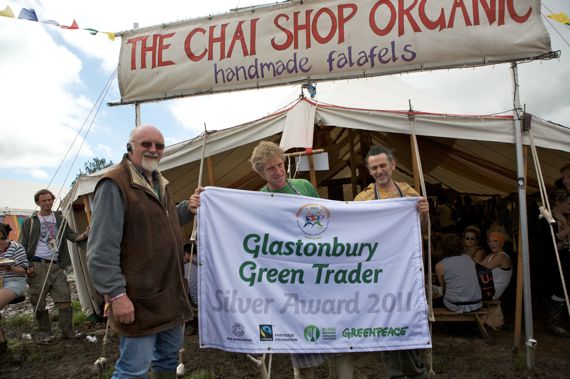 The Silver Award for food went to The Chai Shop who commented “Thanks, we’ve done it! It’s very nice to be acknowledged for what we’re doing, we’ve been doing it for ages. It’s also great that Glastonbury recognizes people who put in the effort to be green.” 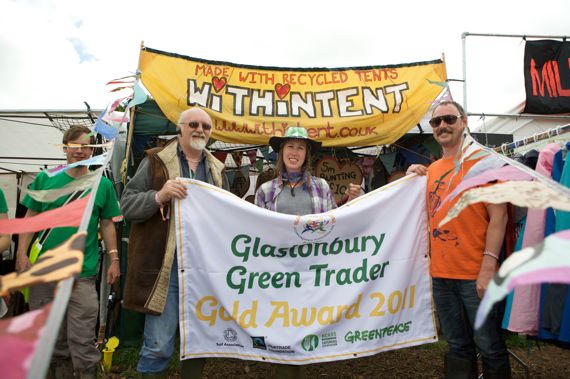 Withintent were the lucky winners of the Gold Award for non-food, for having an incredible concept for reusing old tents. They said, " It’s just been brilliant. It’s been a wonderful experience. I came up with the idea at Glastonbury two years ago to do something with the mess. We love being here – more and more people are buying our stuff – that’s what Glastonbury is all about – style with a conscience.” 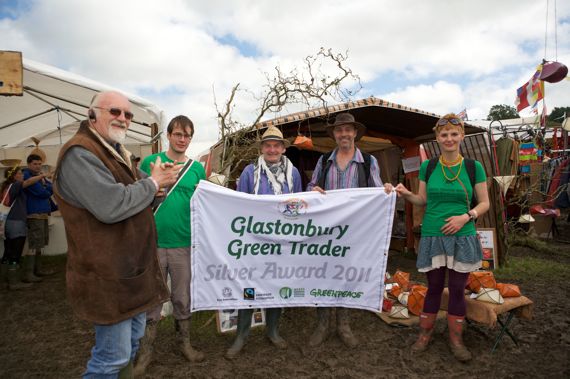 Silver Award for non-food went to Global Lanterns, who offer ethical lanterns “Speechless. Nicely shocked. We’re delighted and surprised. We do our best to do things ethically and support reducing our carbon footprint. Thank you very much for choosing us.” 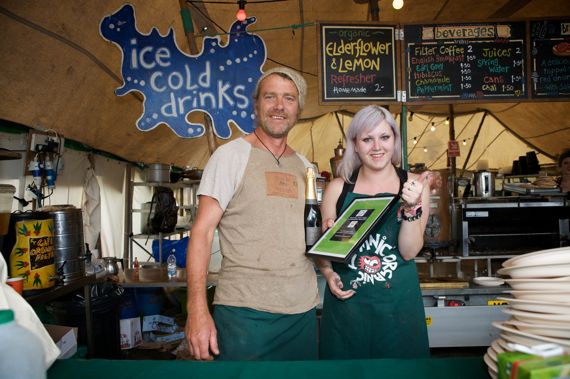 Manic Organic picked up the Soil Association Award for their efforts using organic produce “It’s great obviously to be recognized. It’s many years we’ve been doing this. We’re passionate about our food, consistency and people keep coming back time and time again.” 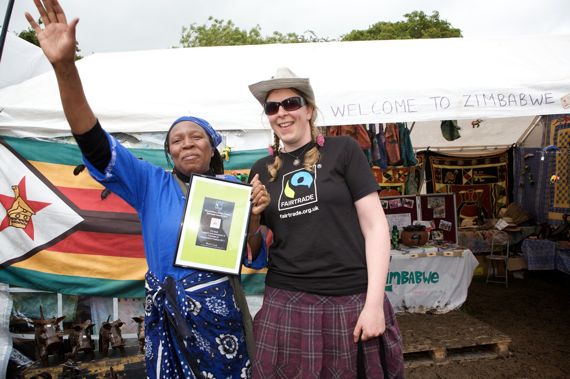 The Fairtrade Award went to Love Zimbabwe. “To me fair trade is life. It’s the whole life of my people. It’s helping the people of Zimbabwe. I’m really excited, I just can’t believe it.” 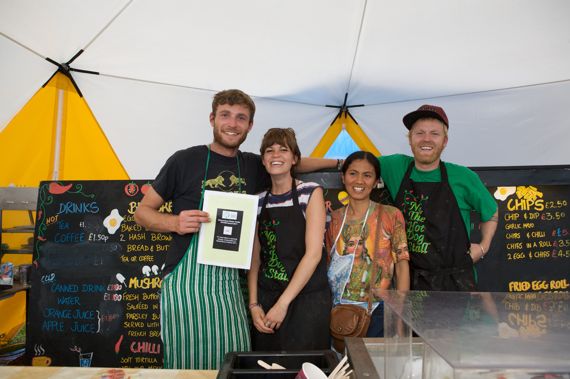 The NCASS Award went to Not The Hot Dog Stall for their efforts to reduce their energy consumption. “We’re really really pleased, excited and proud to have won it. Very happy, we’ve been focusing on low energy for a while now, 3 or 4 years, so it’s nice to receive the award this year. We look forward to winning it again next time.” 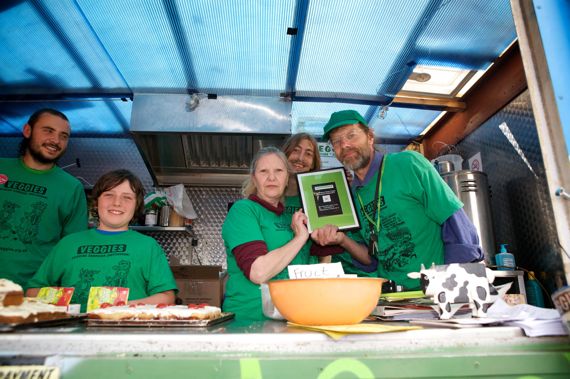 And the final award was given to Veggies Catering Co who received the Greenpeace Award. “For many years we’ve been trying to encourage all Glastonbury traders to be as green as we aim to be.”