“We tried to get the Glastonbury Festival feel into the ceremony”

There’s a great story in the Wells Journal today about the London 2012 Opening Ceremony, which was attended by Glastonbury organiser Michael Eavis. Michael told the Journal, "We were there from the start to the finish, sat right by the side of the Tor. I think Danny Boyle was trying to capture the spirit of Glastonbury Festival. We were flattered to be resembled. He captured our political side as well as the music. I felt I was in the right place for a change. We were thrilled to bits with it. You could never get a better stadium show in my lifetime. So many volunteers were involved, kids from schools, youth clubs and dancing schools. They created a feeling of well being.”

The creative director of the Olympic Opening Ceremony, Stephen Daldry told the Journal: “The image of rural England – this idyllic, mythical England that everyone has is not just part of our past – it’s part of our living present. What better way to express it than Glastonbury Tor and what better way to celebrate Somerset. The festival culture that Michael Eavis has created is so much part of our culture. We tried to get the Glastonbury Festival feel into the ceremony.” 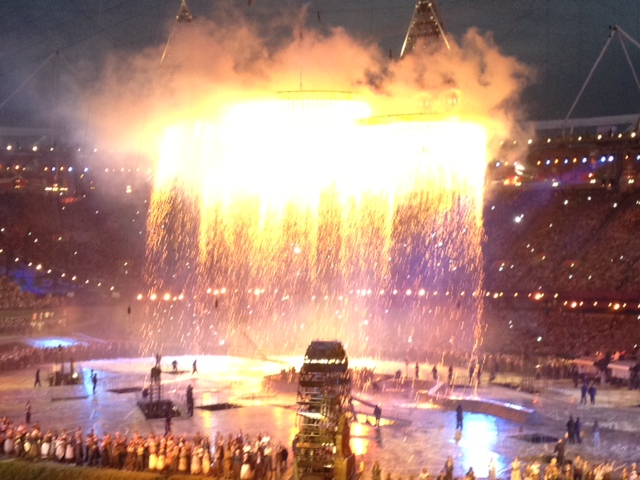 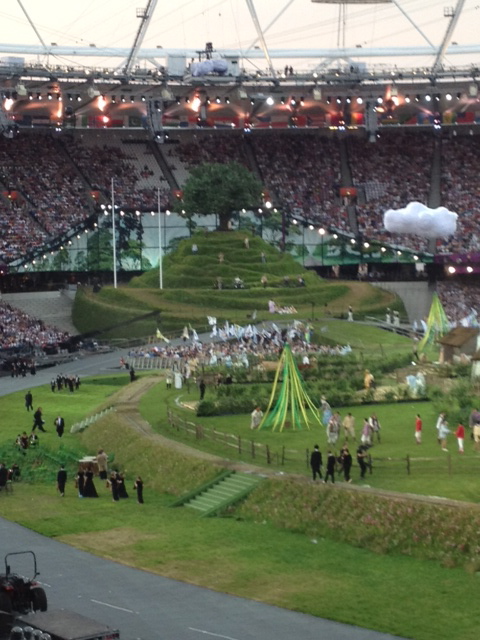