The election of Jeremy Corbyn as Labour leader has galvanised a new generation of activists and this year at Left Field we aim to give them a platform to discuss issues around social justice, the economy, gender and the possibilities for genuine change under a Corbyn government.

With the results of the referendum on our membership of the European Union due to be declared during the festival, we’ll be trying to make sense of what the outcome means for Britain and its people. Whether we vote to leave or remain, the issue of how we respond to those who come to our continent seeking asylum will not go away and we’ll be addressing the issue of our responsibilities to those who come seeking our help.

And for the first time, Left Field will be hosting a panel of young speakers from the Green Kids Field who will be coming down to tell us about the things that are important to them.

We’ve got great live music from bands with something to say, comedians who pull no punches and our ever popular Radical Round Up, which draws in singer-songwriters who want to change the world. So come down and spend an hour or two under our big top tent and recharge your activism. 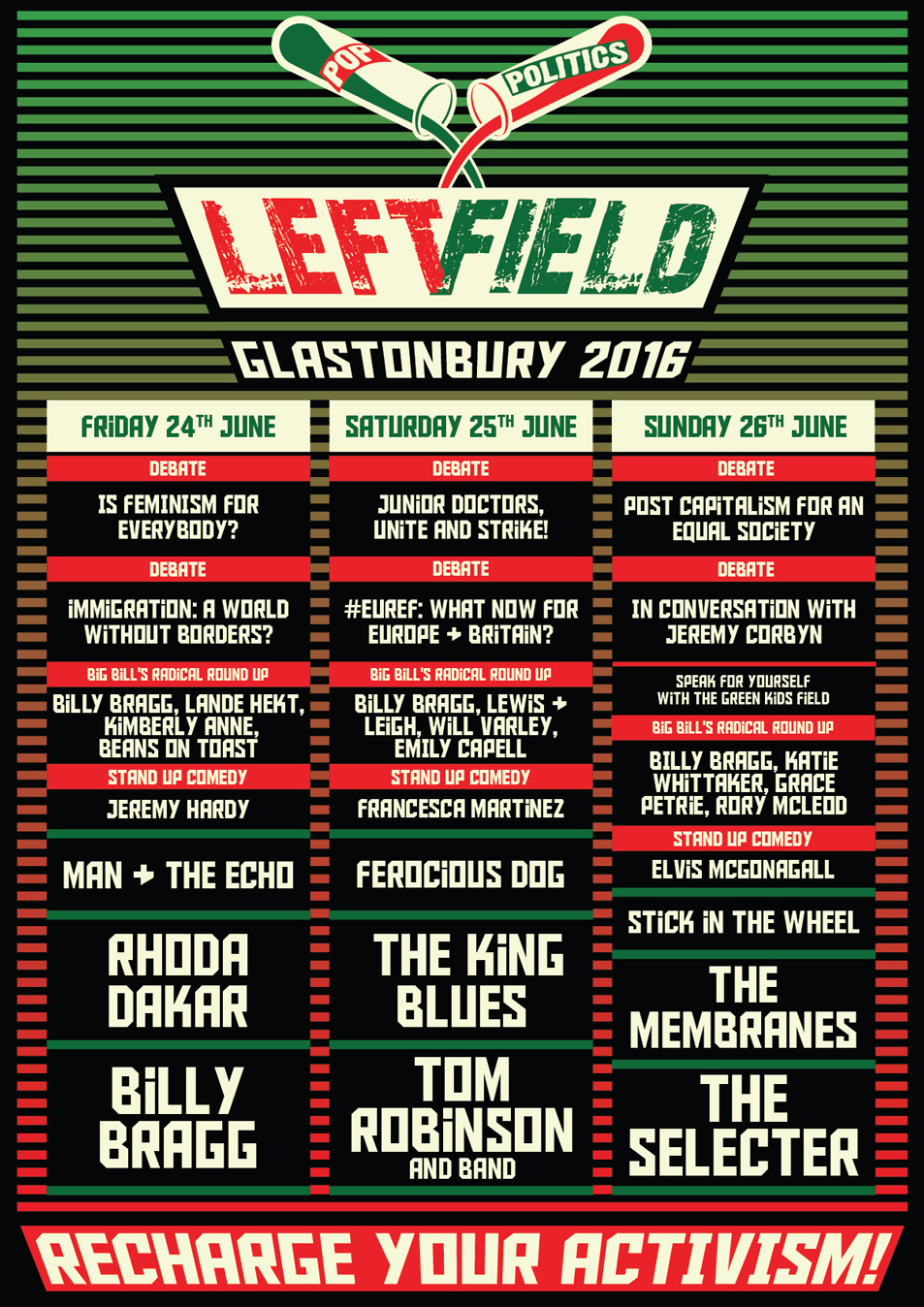