Skip to content
Home / Areas / Arcadia’s Pangea
In this section:

Arcadia’s Pangea is a primordial world of infinite possibility.

Taking inspiration from the prehistoric supercontinent where every land on earth was one and the future was yet to be written, this is the dawn of a new era.

A giant structure sits at Pangea’s heart, repurposed after decades of service at Avonmouth docks and as old as the festival itself. A core of light, sound and energy pulsates from its epicentre, surrounded by primeval fire and with the Glastonbury spirit flooding through its DNA.

Looking back across the years, thousands of people from all walks of life contributed to the Spider’s evolution from a tripod stage to the Metamorphosis show. Everyday skills were turned on their head, mad ideas became reality and an extraordinary spectrum of collaborators created something greater than the sum of its parts.

As a fresh evolutionary journey begins toward a new show in the sky, Arcadia are inviting anyone with a bonkers idea and an outside the box way of realising it to come on this adventure. 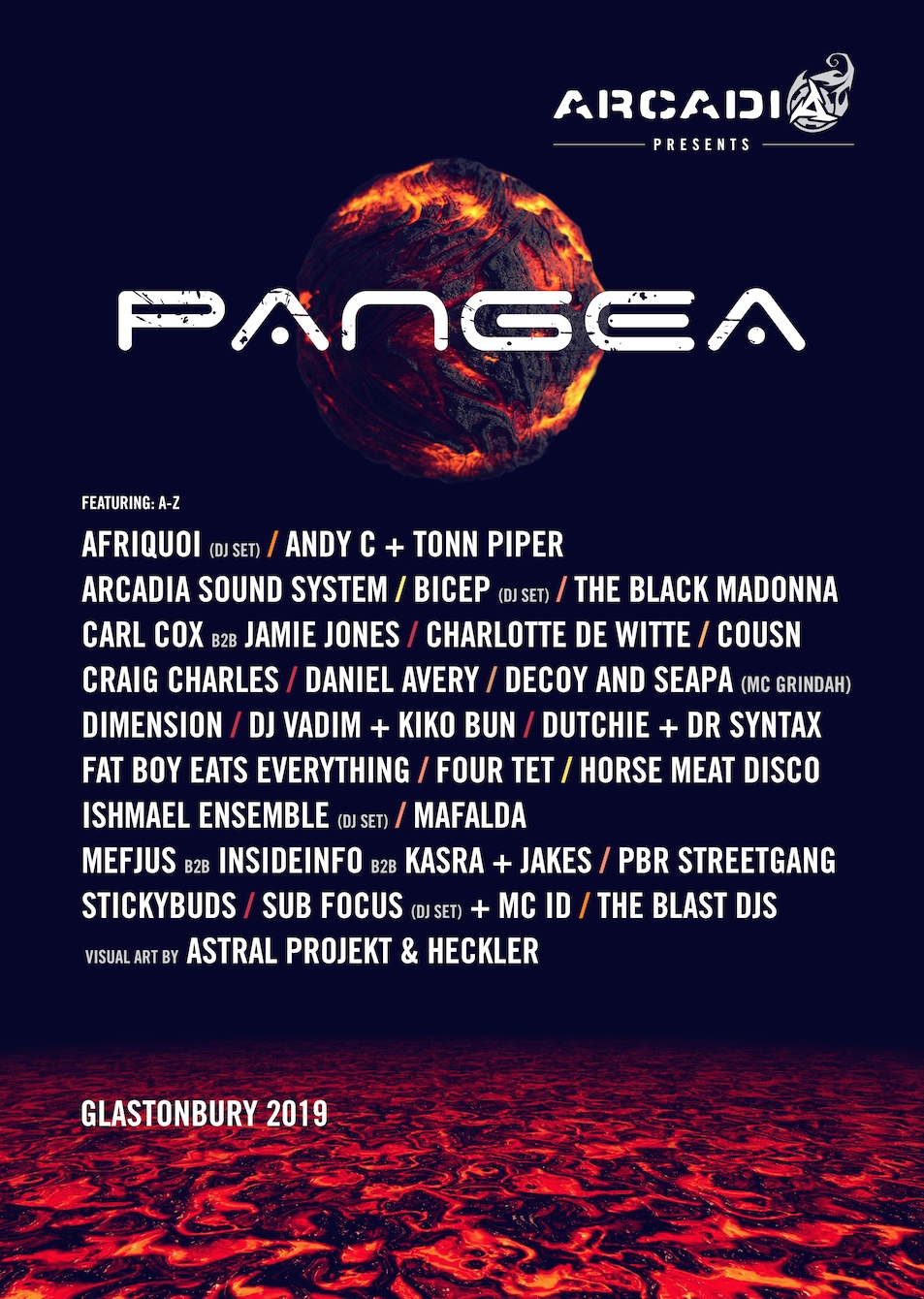 The iconic Bug returns to Glastonbury after a year of street carnivals with Arcadia Reach and supported by Arts Council England.

Rolling out vibrant colour, riddims, roots and soul, the Bug spreads its wings every sunset to reveal a heavyweight party lineup. Keep your eyes peeled for it out on procession on Thursday with Extinction Rebellion and something special on Sunday afternoon with crews from Glasto Latino and Arcadia Reach.

Arcadia Reach CIC is a non profit that channels Arcadia’s skills, networks and resources into collaborative projects with a far broader range of communities. So far it has built a fire engine for a Calais a refugee camp, hosted creative welding workshops for thousands of kids, and worked with community carnivals around the UK.

2019’s biggest project is the development of a robust 4×4 well drilling rig to improve water access in rural Sierra Leone, helping create a cycle of sustainable agriculture with the local community. After a research mission with partner organisation Rory’s Well demonstrated that the new rig can put in solar powered wells at 30 times the current rate, Arcadia Reach is about to begin fundraising for the next phase of the project.

Come and find the Reach team every day between 5 and 7 pm by the black Mercedes truck parked by the bar for more info on the well drilling project. It will also have a stock of Arcadia merch – 100% of the profits go to Arcadia Reach. 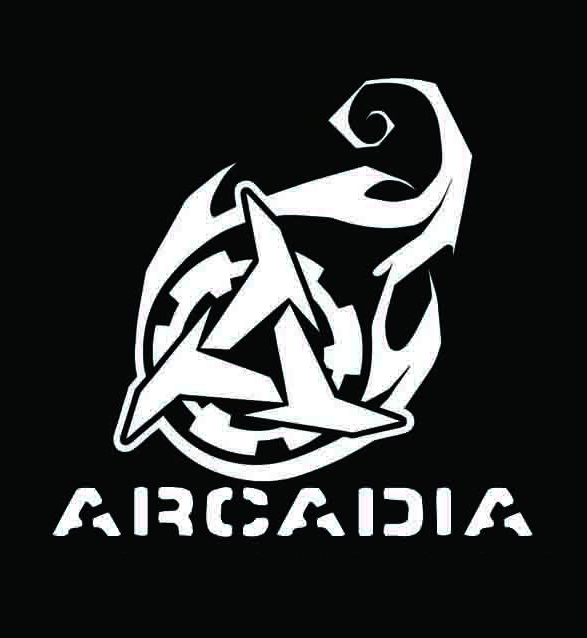