Skip to content
Home / Information / Introduction to Glastonbury
In this section:

An Introduction to Glastonbury Festival

Glastonbury Festival is the largest greenfield music and performing arts festival in the world and a template for all the festivals that have come after it. The difference is that Glastonbury has all the best aspects of being at a festival in one astonishing bundle.

It’s like going to another country; a thrilling and vibrant cultural meltingpot and inspirational Brigadoon that appears every year or so. Coming to Glastonbury involves a fair amount of travel, and probably a queue to get in but, when you get past these impediments, you enter a huge tented city, a mini-state under canvas. British law still applies, but the rules of society are a bit different, a little bit freer. Everyone is here to have a wild time in their own way. 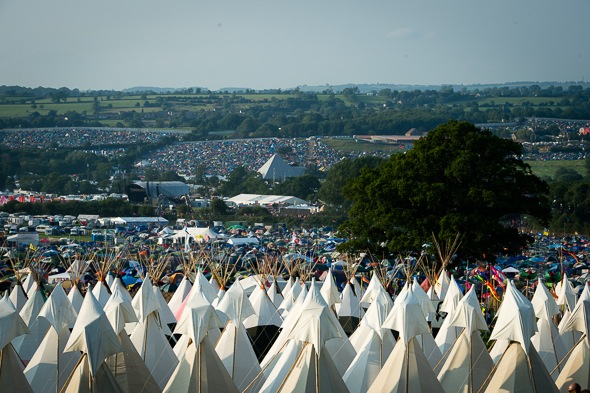 The Festival site has distinct socio-geographic regions. The more commercial aspects are around the Pyramid, Other and Silver Hayes, which feels as if the West End of London a Saturday night has been removed to a field and thoroughly beautified. Unlike the West End, visitors are on every guest list, from the night time cinemas to the biggest gigs.

But that busy whirl of excitement is not to everyone’s taste. To accommodate the more laid-back reveller, more chilled out areas like the West Holts and Acoustic areas are in easy walking distance. If that’s still not the relaxed state a Glasto-goer is after, there’s also family oriented areas like the Kidzfield, the Theatre and Circus fields. And if you’re into the more alternative, less noisy aspects of festival life, you can always head up to the Field of Avalon, the Tipi Field, and the Green Fields. At the top of the site is the Sacred Space – the stone circle is a modern construction, but it has already seen as much celebration and ceremony as some of its forebears. Sun-up on a Sunday morning, with drums and torches and chanting and an astonishing measure of joy from the sleepless revellers at the Stone Circle is a glorious sight to behold.

The Festival takes place in a beautiful location – 900 acres in the Vale of Avalon, an area steeped in symbolism, mythology and religious traditions dating back many hundreds of years. It’s where King Arthur may be buried, where Joseph of Arimathea is said to have walked, where ley lines converge. And the site is ENORMOUS – more than a mile and a half across, with a perimeter of about eight and a half miles. 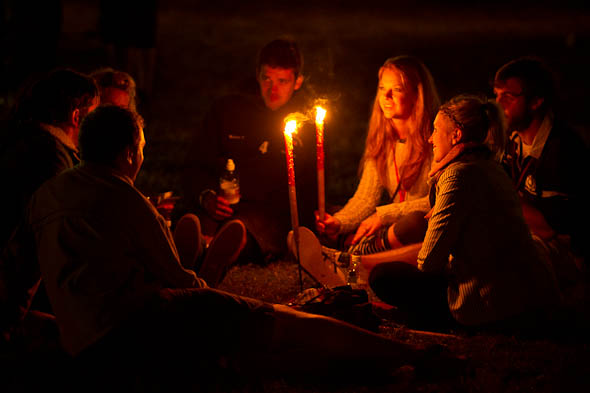 Then there are the people; thousands of them in all their astonishing and splendid diversity! There is only one common characteristic of a Glastonbury-goer – they understand that Glastonbury Festival offers them more opportunity than any other happening to have the best weekend of the year or even of a life-time, and they are determined to have it! You’ll meet all kinds of people, of all ages, backgrounds, nationalities, lifestyles, faiths, concepts of fashion (or lack of it) and musical taste. Some will undoubtedly wear silly hats or buy shirts that they’ll never wear again… until next year, that is. The overall vibe of the Festival is consistently mellow and friendly, even in the event of rain and all that comes with rain, a field and thousands upon thousands of tramping feet.

There will be moments when you ask yourself the inevitable: “Why can’t life always be like this?” There will be enlightenments, awakenings, surreal happenings, Damascene epiphanies and people doing the strangest things in public. Sometimes the strangest things you’ll see happening have been booked well in advance – but often it will be people spontaneously reacting to the spirit of the Festival. No two people’s Festival experience will be the same unless they’re tied together, in which case they’re probably part of a theatre company. 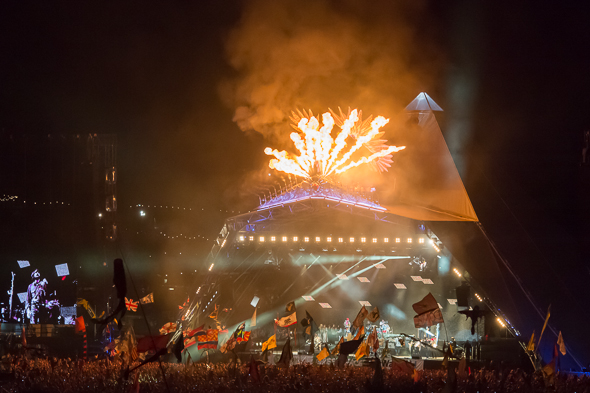 It’s best not to come to Glastonbury with a head full of preconceptions and a notebook full of plans of what you want to see. If there are one or two particular bands a day you really want to see, then let your day revolve around them and go with the flow. Hurrying between stages so you can tick off a list of things you feel you must see is not the best way to enjoy Glastonbury. If you can’t get a good vantage point, or aren’t enjoying a show, move on; there’ll be something else in the next field that might just change your way of seeing the world! Often, your best memories of the Festival will be of new things that have startled you with their brilliance.

Have a good look at the Line-up and Areas pages on this site and at the Festival programme when you are on site, or ask at Information points. There are a plethora of wonders to be seen, heard or just caught from the corner of your eye. Glastonbury runs like a huge clock – it is the Big Ben of Festivals after all – and it is best not to stay staring at just one of the huge cogs, however many famous spokes it has. Travel round it clockwise and investigate all the workings of the Festival. All those other stages and attractions wouldn’t be there if they weren’t worth taking in – and they are all capable of surprising a visitor.

One last instruction: whilst at Glastonbury Festival forget all instructions (as long as doing so involves hurting no one) and ENJOY!