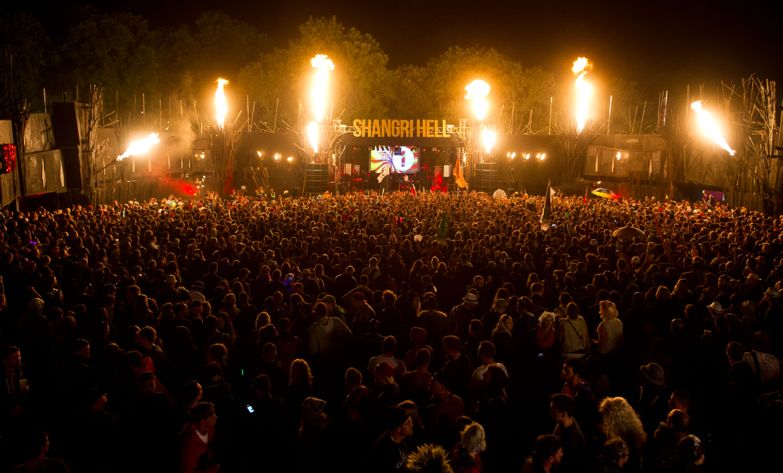 Glastonbury Festival’s immersive mini-city Shangri-La, returns for 2015 with an epic line-up of musicians, artists, nano venues. This year’s theme celebrates activism and peaceful protest. Deeply participatory, Festival-goers are invited to Occupy the experiential world that is Shangri-La. Audience members are encouraged to make placards, tag the walls and meet some of the amazing creative activists on site this year.

Shangri-La will be showcasing the poignant and the powerful, the surreal and the silly with a view to helping people connect with the process of activism and understand that politics can be for them and by them. 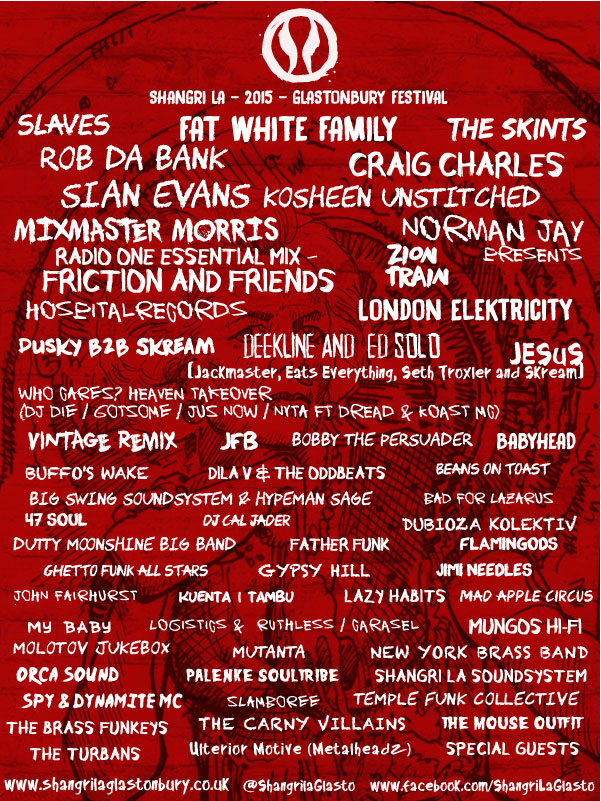 This year promises more genres, legends and takeovers. This year our usual secret headliner is very, very secret and very, very exciting. We are honoured to have them. On the Hell Stage, Shanarchicism rules with punk from The Skints, Slaves, Fat White Family and a 20th anniversary performance from Babyhead. The Heaven Arena brings a rare performance from Jackmaster, Eats Everything, Seth Troxler and Scream (JESuS) delivering ‘tunes to hear before you die’ set on Friday. Annie Nightingale celebrates 50 years of broadcast followed hours later by Norman Jay & Friends all-dayer…

Screen printing classes, a post-it note revolution wall and artist run nano venues offer creative outlets for the Shrevolutionary. The infamous maze of nano-venues will include Brainwash, LBHQ, The Shangrilatti, Monster Raving Party and Shrinel Richie where you can worship Lord Lionel. As always, a wealth of high-quality visual artists will provide specifically created artwork for the immersive spectacle.

Shangri-La is asking for people’s own contribution to this year’s theme. We want to see Shangri-La become a space for dedicated conversation as well as partying. With Glastonbury’s South-East Corner being historically birthed out of political disenfranchisement, it encompasses movements as far reaching as the new age travellers, squatters, and community arts movements – bringing together the best of the World’s artistic culture into one performance space. This year’s theme is about celebrating that narrative, and opening up the conversation beyond music and art.