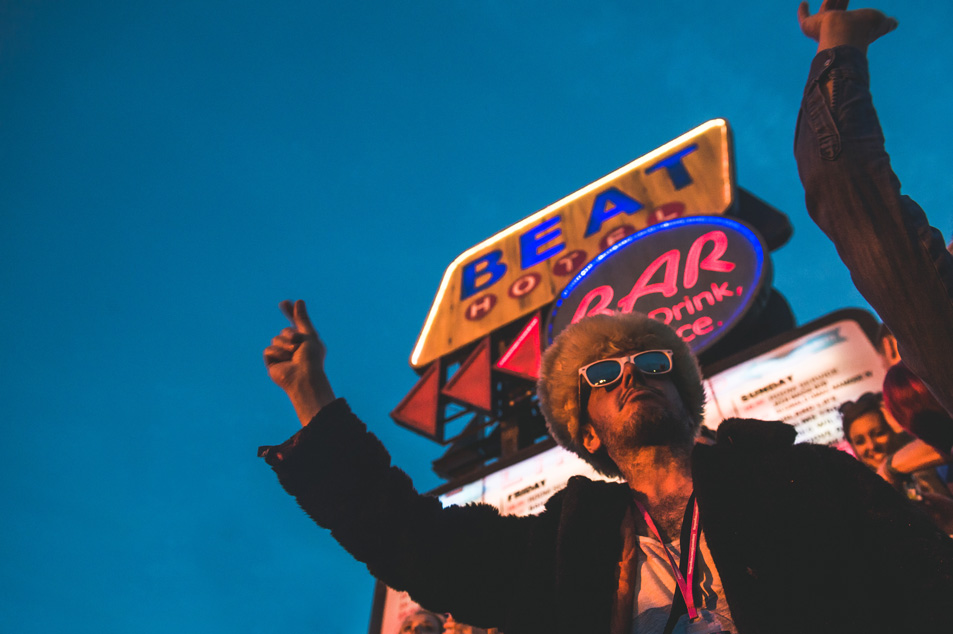 Setting up on the main drag between the Pyramid and Other stages back in 2011, the Beat Hotel arrived with the mantra EAT, DRINK, DANCE emblazoned on the iconic sign outside. A simple yet seemingly effective summary of what has been, and is, on offer, the venue has since grown each year, becoming a mainstay of the Festival, situated in the markets between Silver Hayes, John Peel and the Pyramid.

With an extensive cocktail menu, American-style BBQ fare and a music programme running from 10am-3am every day, the Beat Hotel returns for its 5th year this year, and in a new location. Head 70m west of where it has been previously, in the direction of Silver Hayes. 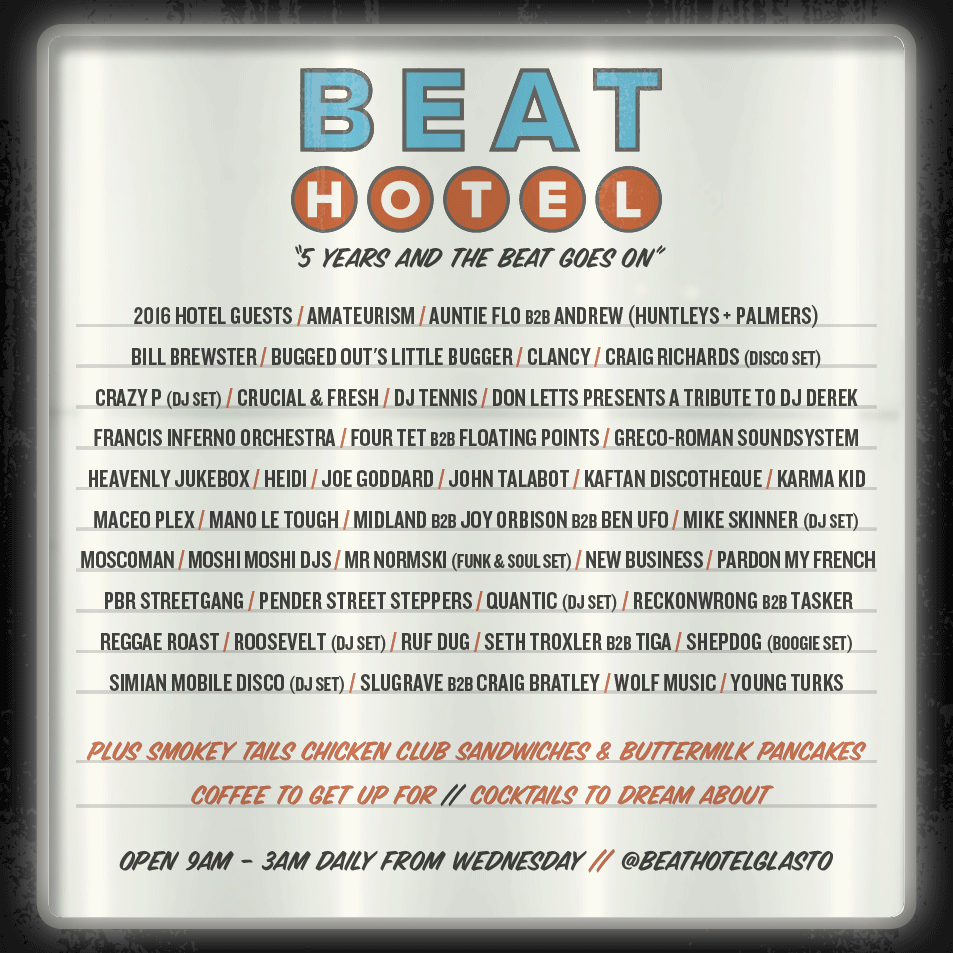