The wonderful world of the West Holts stage

It’s hard to think of Glastonbury Festival with just one stage, but until 1983 it was just the mighty Pyramid. Recognising the need to cater for a growing audience, Michael Eavis invited the organisers of Bristol’s legendary Ashton Court Free Festival to produce a second stage at Glastonbury. So at 12 noon on Thursday 22nd June 1984, a collective called Musicians Against Nuclear Arms strolled onto a little stage to help kick-start the festival. Over the decades the Marquee Stage evolved into the Second Stage, the World Stage, One World and the Jazz World, before becoming today’s West Holts.

Throughout these changes two principles have cemented West Holts’ foundations, allowing its development into one of those quintessential Glastonbury experiences: it’s got to be about the music and the vibe has got to be right!

There’s the unique and eclectic musical programme that fuses cosmic world beats, pop, rock, soul and disco from around the world whilst showcasing both established and new artists to an audience keen to explore musical adventures with like-minded people.

Check out this year’s West Holts line-up below – and click here to visit their area page to read more about their history and for a preview of this year’s acts. 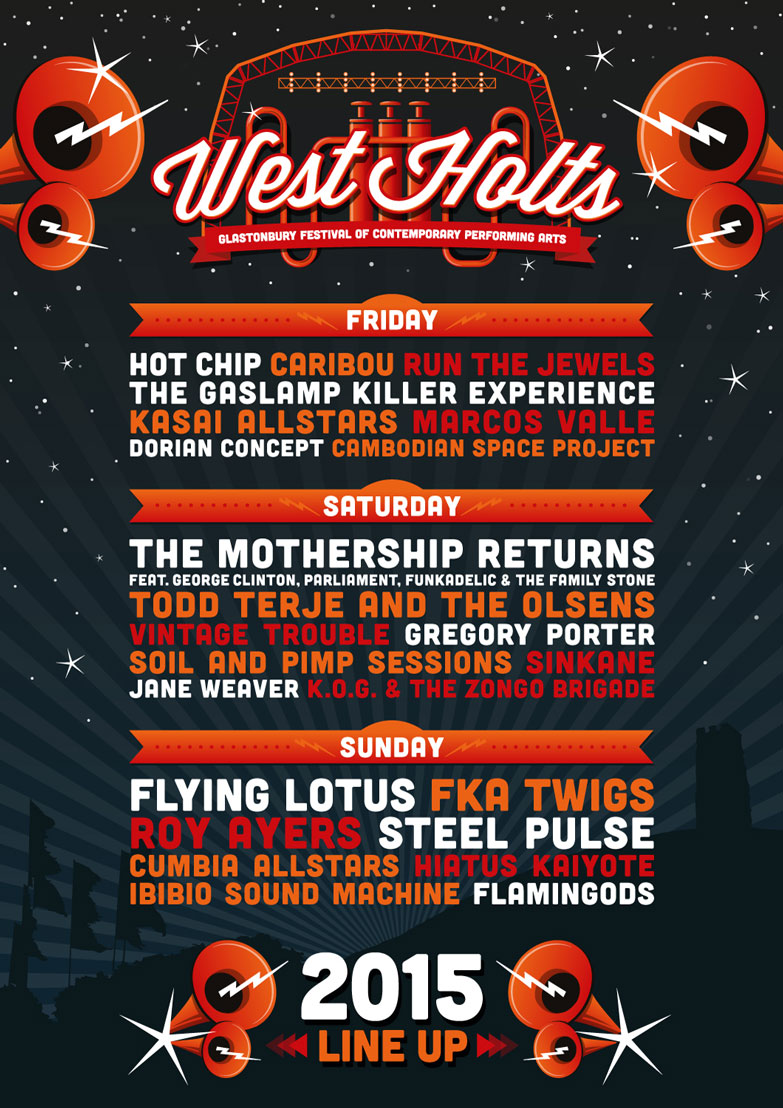