Again, there was CND involvement and it was this year that Western Region CND took control of the entrance gates and Mid Somerset CND took charge of all the information.

This year was a muddy year with lots of bad weather. In fact, the highest rainfall for a single day in 45 years was recorded on the Friday but it was also the year of the first laser show backed by Tubeway Army’s “Are friends electric?”. 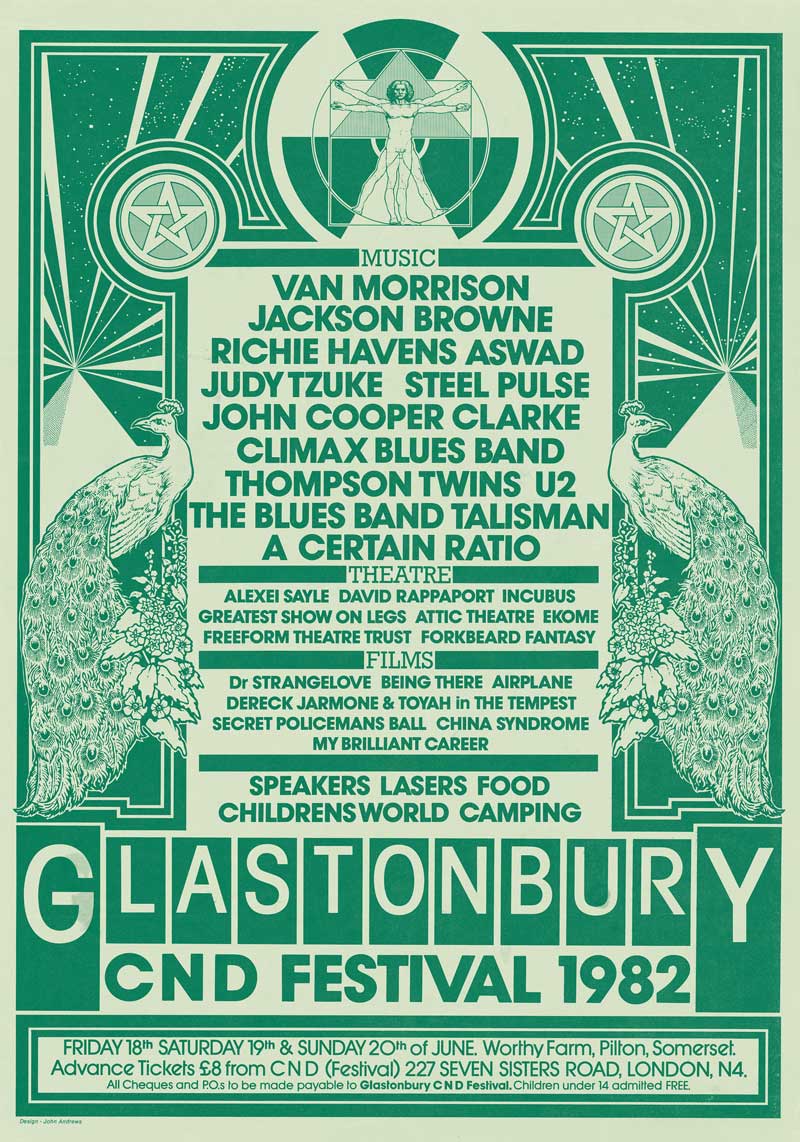