The 25th anniversary of the first Festival was celebrated and saw the return of the two performers from the first event – Keith Christmas and Al Stewart. Demand for the tickets had never been so intense and the event was completely sold out within four weeks of the ticket release date.

1995 also saw the introduction of a Dance Tent which was a major success and featured Massive Attack, System 7 and Eat Static. The Stone Roses were forced to pull out the week before the event to be replaced by Pulp but did appear at the Pilton Show in September instead. Channel 4 televised the event again. The Greenpeace donation was raised to £200,000, Oxfam to £100,000 with local charities benefiting by another £100,000.

The event was marred by the perimeter fence being taken down at the top of the site aggravating the problems of trespass for other land owners adjoining the site. 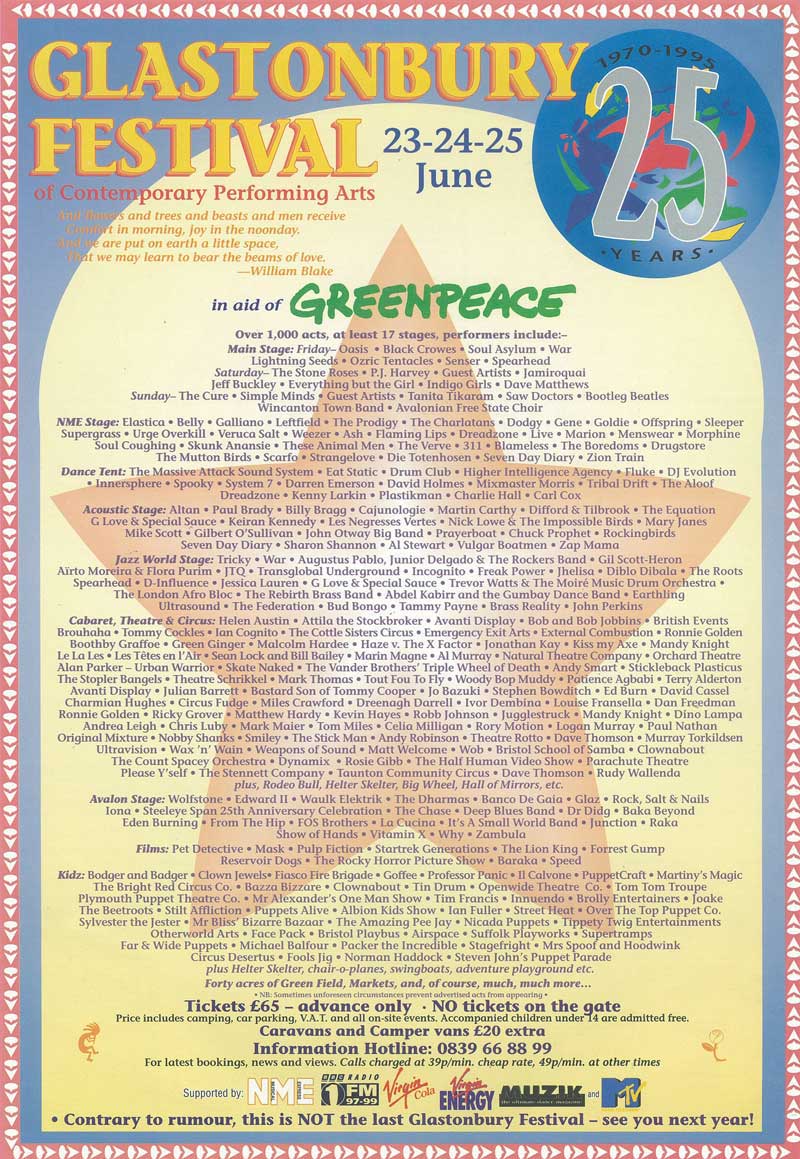