Ben Sessa
The Psychedelic Renaissance: MDMA Therapy for Trauma and Addictions
1pm – 1.40pm Saturday
The talk will describe the current state of affairs regarding international psychedelic research, including the global plans for Phase 3 MDMA-PTSD studies and the treatments underway in London using psilocybin-assisted psychotherapy as a treatment for depression. Then I will describe in greater detail our current MDMA Therapy study underway in Bristol, as a treatment for alcoholism. I will discuss the role of child abuse and trauma in long-term mental health problems, the lack of effects from current psychiatric prescribing (particularly SSRIs) and the lack of adherence to psychological therapies (such as CBT), as a justification of why MDMA represents the best, most innovative new approach to tackling chronic mental; disorders.

Ben Sessa, MD, is a consultant child and adolescent psychiatrist working in adult addiction services and with PTSD in veterans. Dr. Sessa is a senior research fellow at Bristol and Imperial College London universities, where he has worked on research with LSD and psilocybin and is now conducting the UK’s first clinical studies with MDMA-assisted therapy for the treatment of alcohol use disorder. He is author ofThe Psychedelic Renaissance. 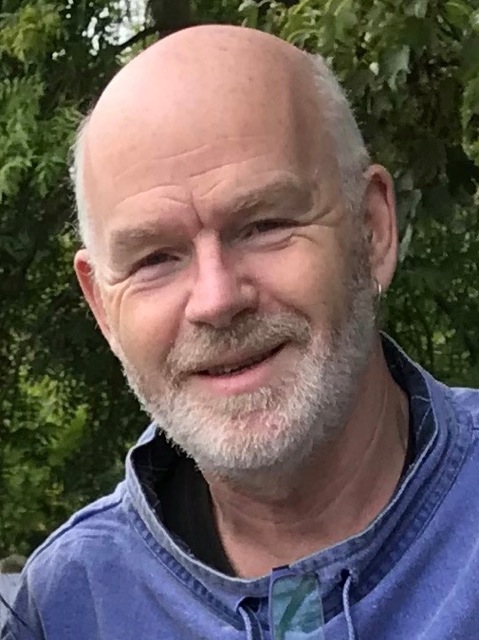 Andy Roberts
How about Psychedelic Britannica: The History of LSD in Britain
1.40pm – 2.20pm Saturday
In this fully audio visual supported presentation Andy Roberts, historian of psychedelic culture, will take you through the 77 year history of LSD in Britain. From the drug’s first uses by psychotherapists to the involvement of the Secret Intelligence Services in the 1950s, and the Ministry of Defence, Andy tracks how LSD first penetrated the British Establishment and then helped create the Counterculture, how and why LSD was legislated against, the development of the acid underground and free festival culture, the Establishment’s response to the threat posed by LSD, emergence of MDMA and the current psychedelic renaissance.

Along the way there will also be detours into the early history of LSD in Edinburgh and the involvement of Michael Hollingshead (the man who turned on Tim Leary) with acid and Edinburgh, as well as a brief history of Operation Julie, the largest LSD bust in Britain. However much you think you know about LSD culture, this talk will surprise, inform and in places hopefully amuse you. There will also be a chance to win (and buy!) copies of Acid Drops, Andy’s most recent book, as well as the opportunity to ask questions and discuss any aspect of psychedelic history in Britain and beyond.

Andy is a historian of Britain’s LSD psychedelic culture and author of Albion Dreaming: A Social History of LSD in Britain (Marshall Cavendish 2008, 2012) and Acid Drops (Psychedelic Press, 2016; Divine Rascal, SAP, 2019). He has also written several books on UFO phenomena and British folklore. His other research interests include, collecting artefacts from psychedelic culture, listening to music, hill walking, beach combing, reading, landscapes and their mysteries, natural history and paranormal phenomena. 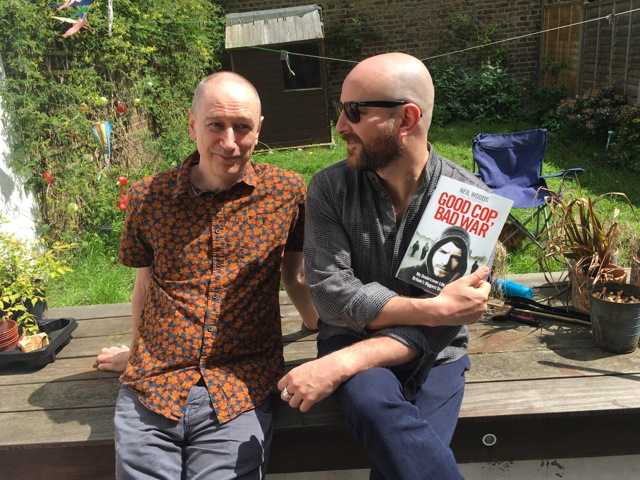 This is the story of the British war on drugs told from the inside. Neil Woods spent 14-years as an undercover detective infiltrating Britain’s most dangerous drug gangs, before his realisation that the true problem was the ideology of the drug war itself.

In Drug Wars, Neil joins the writer and investigative journalist JS Rafaeli in exploring the real history of Britain’s drug war. How the war on drugs was forced on the world by US foreign policy – rooted in virulent racism. How Britain has actually often been a leader of liberal resistance to these policies. How the profits of the drug war have driven shocking corruption inside the police. How these issues play out on our streets. And, most importantly, how we can come together to bring the failed war on drugs to an end.

Neil Woods
Neil Woods is a former Detective and undercover operative, and is now Chairman of LEAP UK, and a board member of LEAP in the USA. LEAP (Law Enforcement Action Partnership) is a U.N. accredited international organisation composed of law enforcement figures, military and policy influencers who campaign for evidence based drug policy. Having spent 23 years in Derbyshire Constabulary, Neil was on the frontlines as a drugs undercover operative over fourteen years. He also developed tactics and the training for other undercover officers. He later became a Detective Sergeant with Derbyshire CID whilst acting as a board member of the Drugs Expert Witness and Valuation Association (DEWVA). Neil is a regular in the media, discussing drugs and drug policy, and the author of Good Cop, Bad War, and Drug Wars together with JS Rafaeli.

JS Rafaeli
JS Rafaeli is a writer and musician based in London. He is the author of Live at The Brixton Academy (with Simon Parkes) and Good Cop, Bad War and Drug Wars (with Neil Woods). He is a frequent contributor to VICE and other media outlets, with a specific expertise in issues pertaining to the global War on Drugs.
http://ukleap.org/