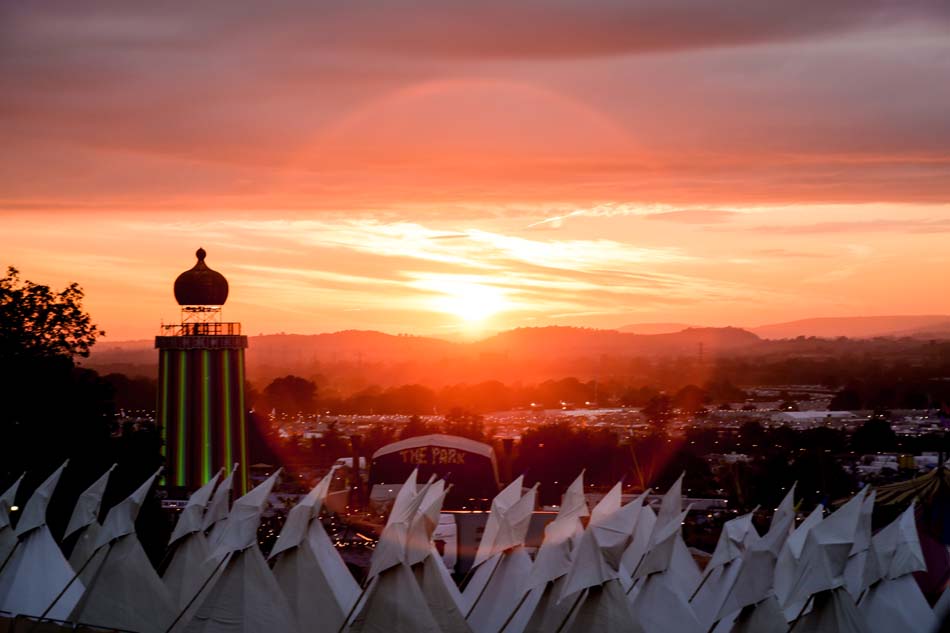 Forty-five years at Worthy Farm and counting…Glastonbury 2015 took another step towards longevity with another record ticket sell out and the surprise announcement of Lionel Richie as the Sunday tea time legend well before Christmas.

But it was the unveiling of the Pyramid headliners in advance of the line up that really set the tone for an historic year. The Foo Fighters, announced by Dave Grohl alongside Michael and Emily Eavis at the NME Awards in London; and finally – at last! – confirmation that Kanye West (self professed “greatest rock star on the planet”) would be playing the Pyramid on Saturday night. 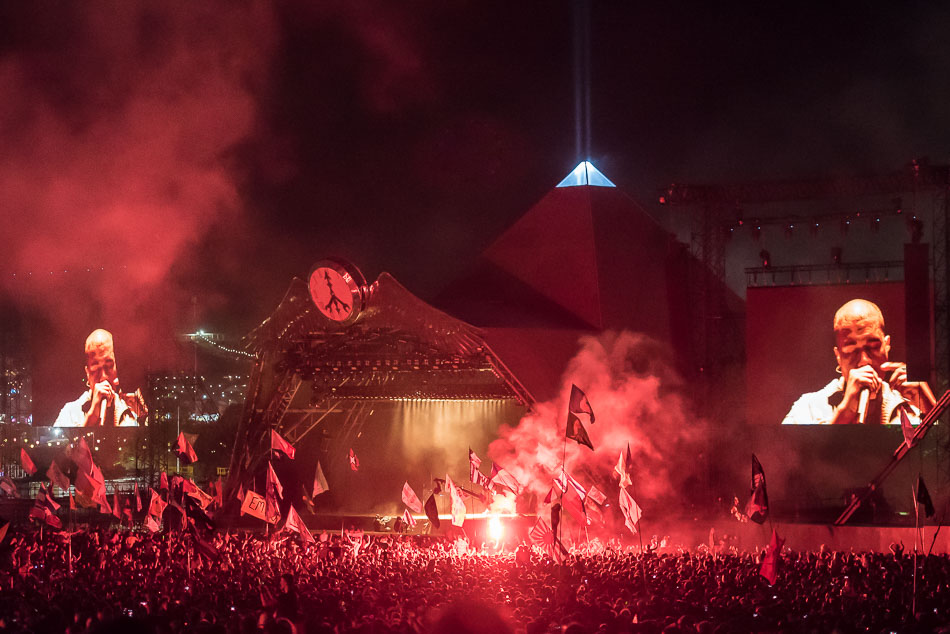 Only life (or maybe rock and roll) got in the way. Just four weeks before the show Dave Grohl broke his leg jumping off stage in Norway and the Foos were forced to withdraw. Florence Welch stepped up to fill Friday’s slot, Paul Weller and The Who spearheaded a Mod takeover on the Sunday, and Kanye pulled off what Emily Eavis later called “the bravest performance I have ever seen on the Pyramid Stage”; a solo tour de force which saw him rapping from a cherry picker swaying perilously fifty feet above the top of the silver structure. In another insight into the future, Emily was watching Kanye from the side of the stage alongside Adele. 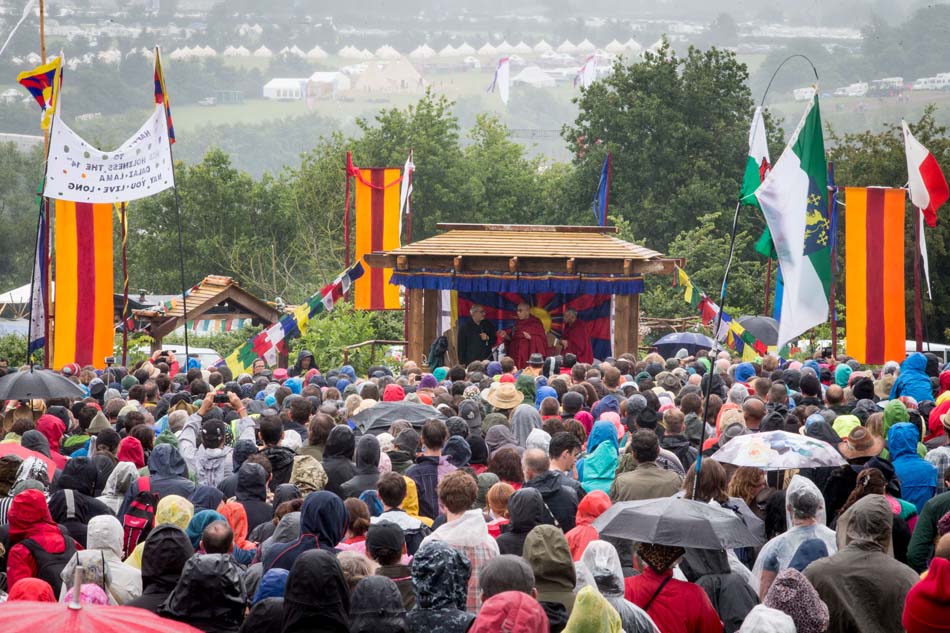 “The greatest story ever told” wasn’t the headline for Sunday edition of the Glastonbury Free Press but maybe it should have been. Instead Sunday saw the first ever visit to Glastonbury from another iconic figure, His Holiness The Dalai Lama. Greeted at the farm by workers and their children, His Holiness travelled up to the Green Fields for a morning address to a huge crowd in the King’s Meadow, took lunch with the monks in the Greenpeace Field and then made a surprise appearance on the Pyramid in the afternoon, right in the middle of Patti Smith’s set. Patti, with the help of an enormous cake wheeled out for the occasion, helped the crowd to celebrate the Dalai Lama’s 80th birthday. Follow that, Lionel Richie. Which he did. And a week later had his first number one album for 25 years.

Elsewhere in the Vale of Avalon’s tented city it was hands on as usual for the full five days – over 30 Areas, over 100 stages, over 2000 artists and performers – filmed once again by the BBC for distribution to more than 30 countries, with an additional roster of camera crews from Russia, the US and Europe. The mighty Motörhead made it onto the Pyramid Stage, in what turned out to be Lemmy’s last ever Glasto gig. 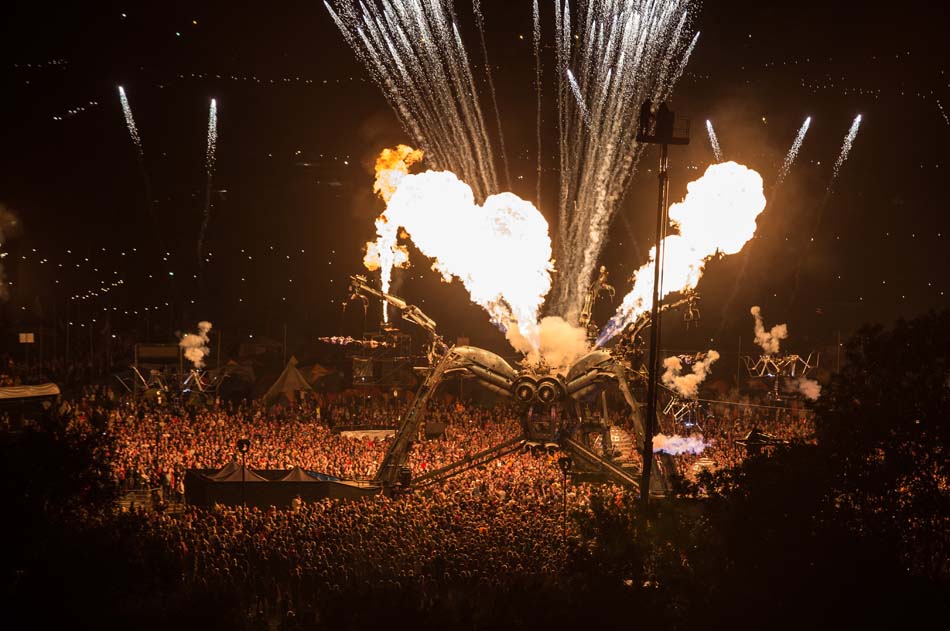 Strummerville found a new home up in the woods above the Tipi Field, Arcadia celebrated their new home with the groundbreaking ‘Metamorphosis’ live show, Avalon expanded and adapted above and below the railway line with The Spike, and in a bold move which was later to become site wide, crews in all Areas took advantage of the new, green compost toilets. One of the last great Festival gigs was a pre-dawn techno barrage from Dusky in the Temple at the Common. While one of the last to leave the party was Metallica’s Glasto loyalist foot soldier Lars Ullrich, flag waving across the site in the pale morning sunshine.

Four months later the crowds were back at Worthy Farm for founder Michael Eavis’ own 80th birthday, a modest celebration at his house overlooking the Festival fields. Billy Bragg, Lily Allen and Coldplay’s Chris Martin joined the house band to perform some party favourites, among them the first ever Chris and Michael live rendition of Paul Anka’s ‘My Way’. Would that ever happen again, we wondered? 2016 was a whole new story yet to come… 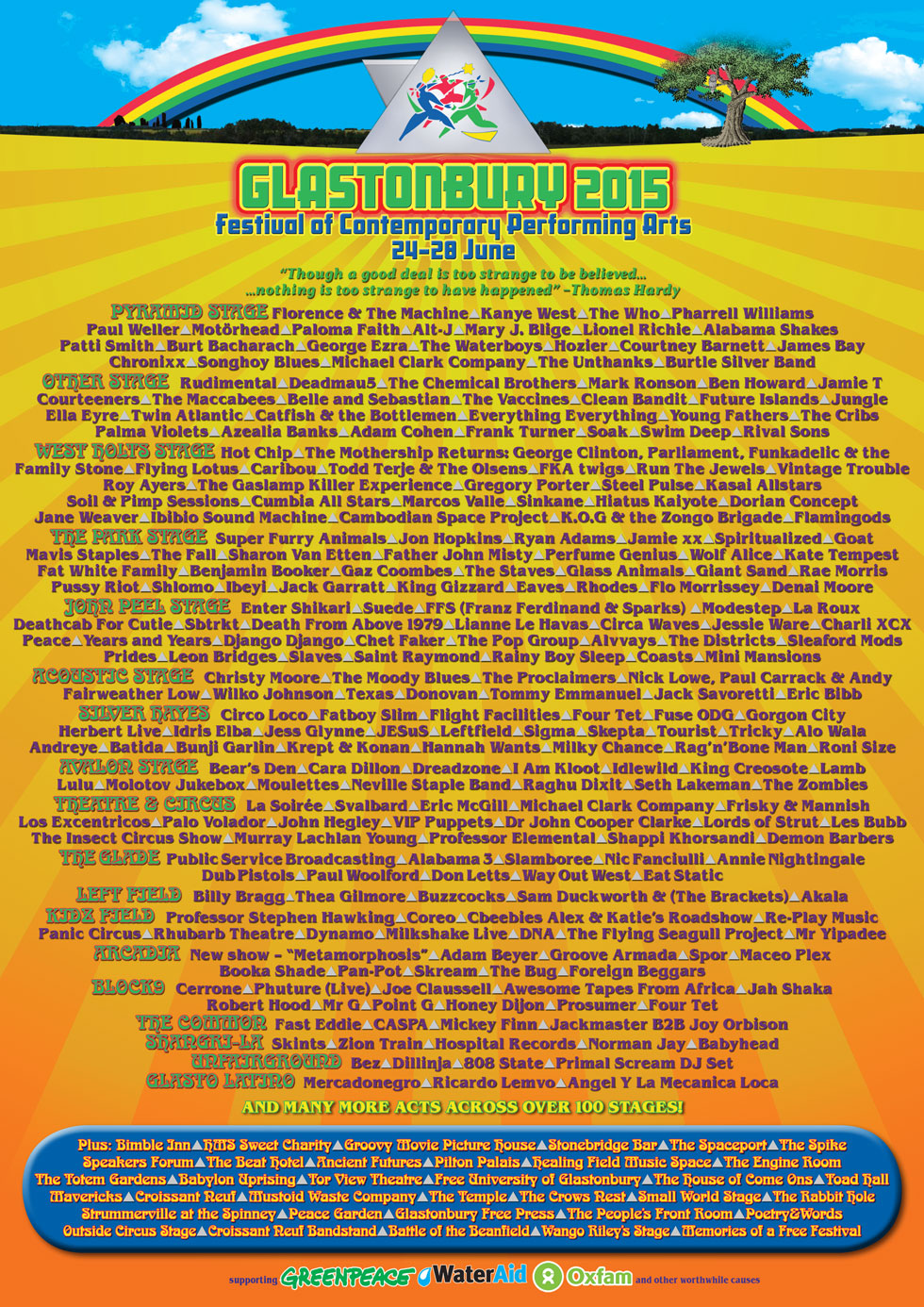