Read below for a reminder of what went on last time…

Hi and welcome! We had probably the best attendances on record for the Pilton Palais marque in 2019. See our highlights video above with plenty more videos to choose from on our Pilton Palais Youtube channel. 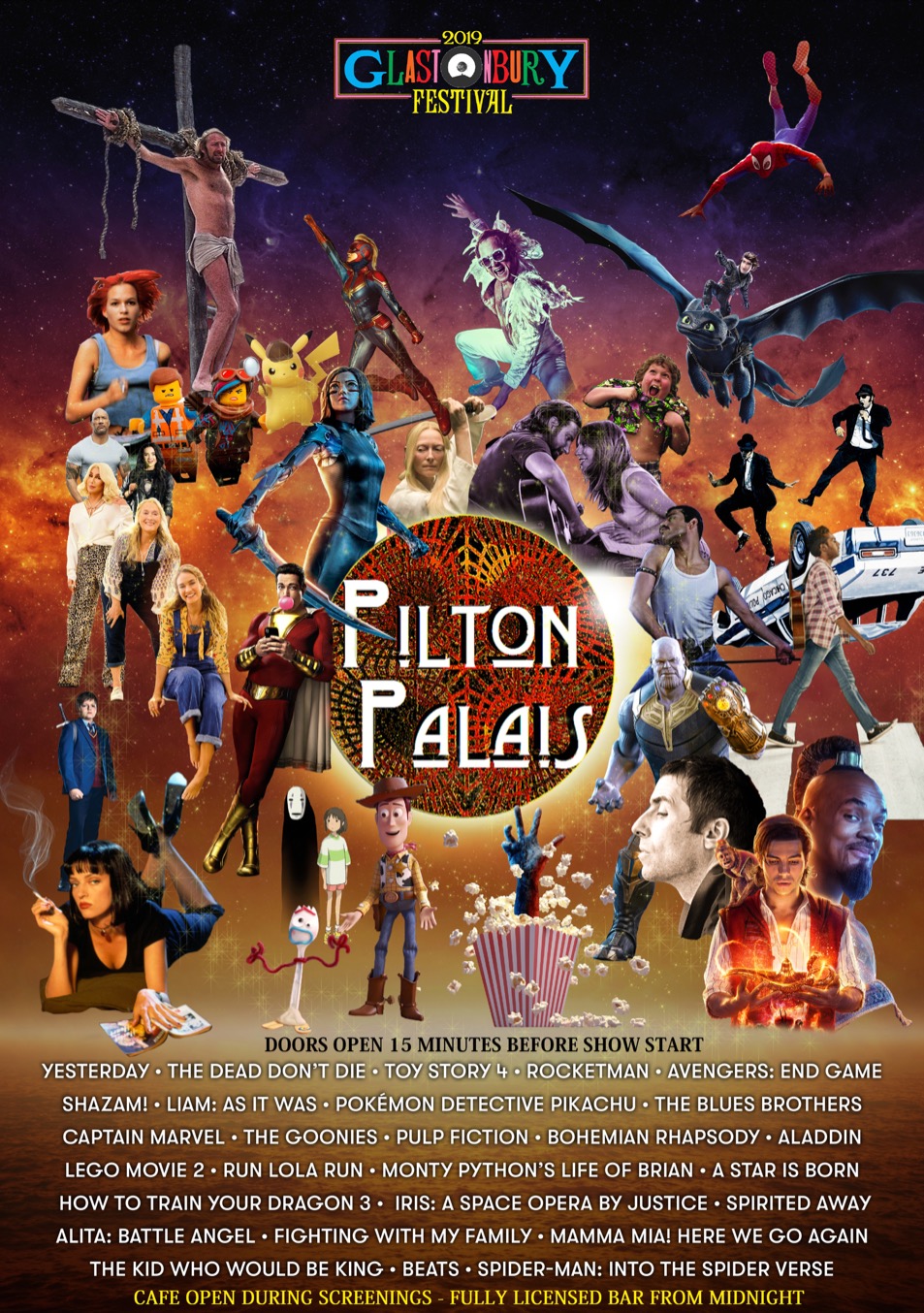 Hi and welcome once again to our cinematic corner of the Festival, at the “World Famous Pilton Palais”. As in previous years we are located at the bottom of the acoustic field, and in keeping with the rest of the venues on site, our screenings are absolutely free, with no need to book in advance – just come and go as you please.

We’ve got some real treats in store for you this year! We have a preview screening of Jim Jarmusch’s zombie comedy, The Dead Don’t Die, with Tilda Swinton, Bill Murray and Adam Driver; Danny Boyle’s new film, Yesterday, staring Lily James & Himesh Patel (imagine a world without The Beatles – doesn’t bear thinking about!); as well as the Elton John biopic, Rocketman, amongst  many other tasty cinematic morsels. And if you think Sunday afternoons are for chilling out, think again. Why not come down to our screening of the new, highly acclaimed dance music film Beats – a truly heartfelt, rites-of-passage tale and an immersive, intoxicating portrayal of the 90’s rave scene at its peak. We’re also hoping for some very special guest appearances throughout the weekend!

For this year, we have made a few changes to help reduce any queuing ahead of film start times and now have a continuous performance programme, with live music from Joel Grainger, accompanied by animations from Emily Scaife; classic silent short films, re-scored by Wurlitza whom we had in 2016; and music videos between our main films. The tent opens its doors 15 minutes before the first film of the day and then remains open, except for cleaning. So drop in and stay as long as you like.

Also new for this year is our Film Quiz Parties which will be taking place ahead of Yesterday, and Rocketman. These are screenings with guest presenters Helen O’Hara from Empire magazine and BBC Radio’s Andy Collins and some special big-name guests from the films themselves. Expect to be entertained with film fun, movie quizzes and talent contests with prizes galore. For Saturday night we have an Abba-themed Karaoke, followed by Mamma Mia! Here We Go Again. 2017’s pre-Rocky Horror sing-a-long was a blast, so expect more of the same.

And, why not come to a film dressed “in character”? There’ll be prizes for the best outfit!

Also new for this year are our child-friendly family movies screenings from 7pm – tying up nicely with the closing of the Kidzfield next door!

SCROLL BELOW FOR OUR DAY-BY-DAY LISTINGS AND CLICK HERE TO READ OUR FILM SYNOPSES. 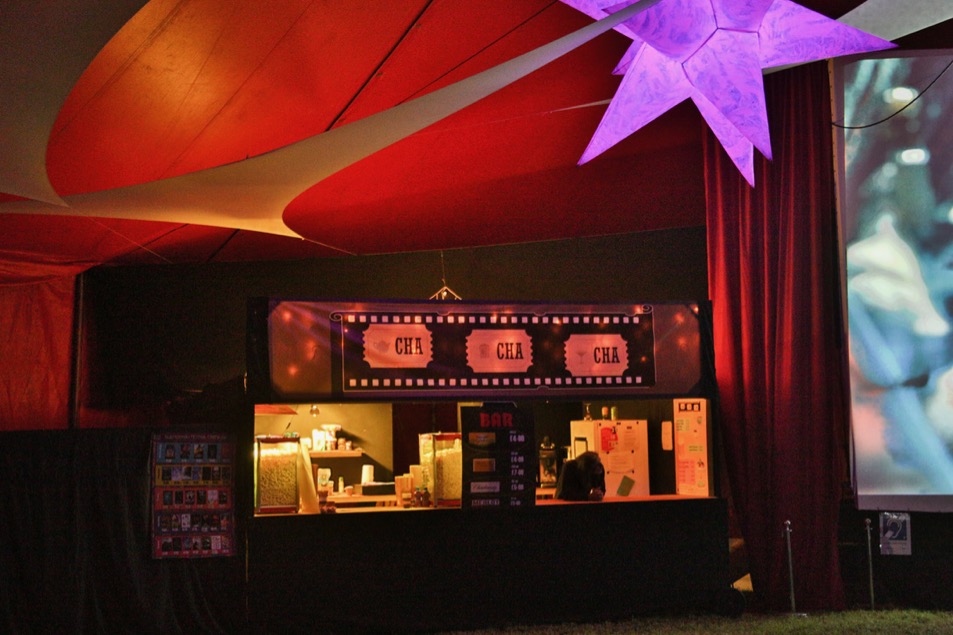 After the success of its debut in 2017, the ChaChaCha Café and late bar are back, selling teas, coffees, soft drinks, locally made dairy ice-cream, and the signature Pilton Palais bubble-wrap ice-cream waffle! And yes, it goes without saying, there will also be pop corn. A bar open for our party films screened after midnight. What better way to chill out, after a gruelling day spent at the music stages? 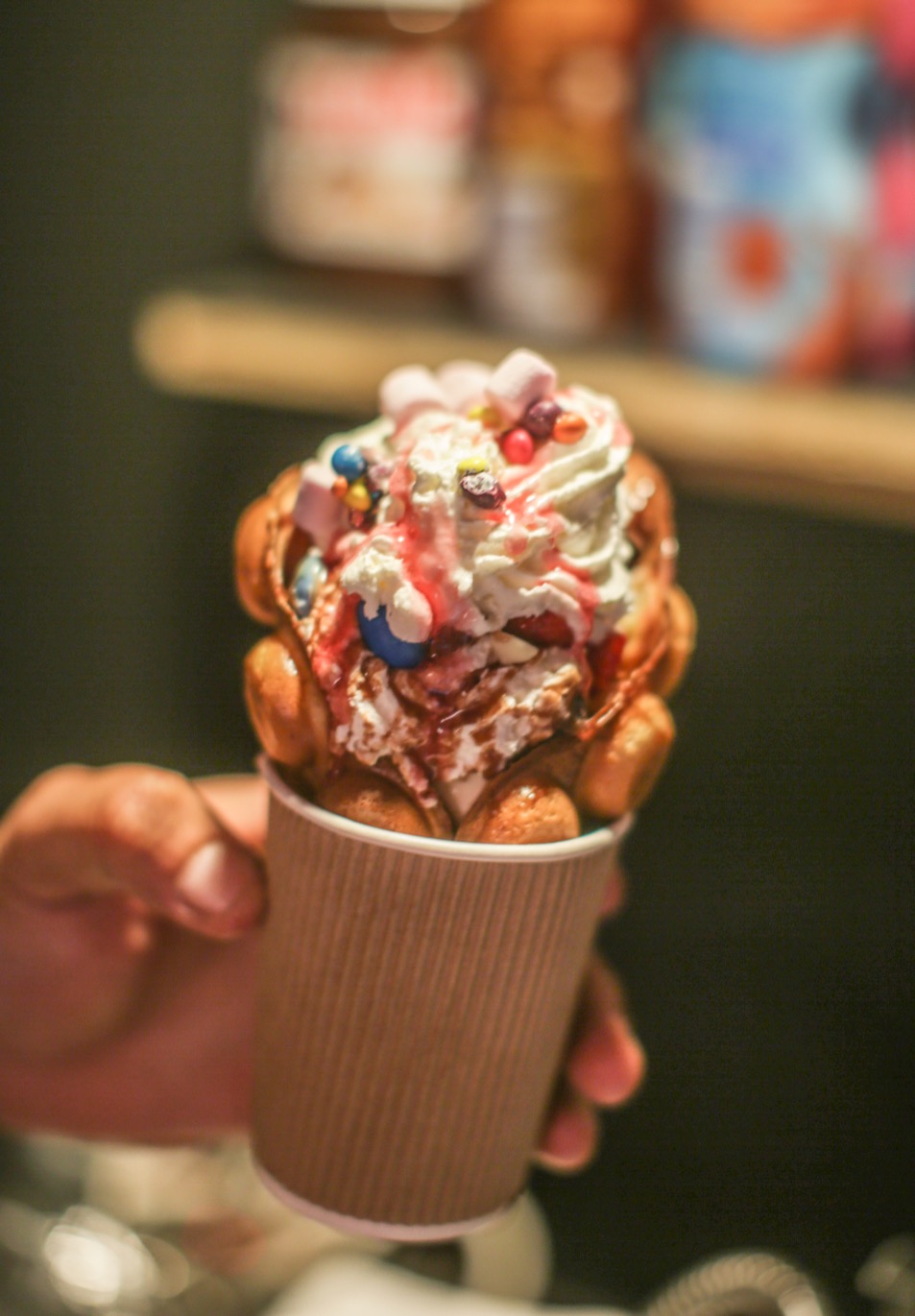